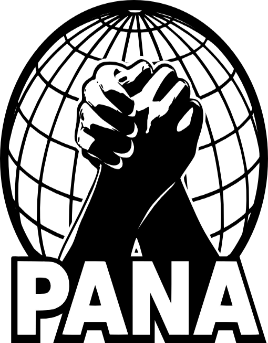 March 21, 2022 (San Diego) – Following the Biden administration’s designation of Temporary Protected Status (TPS) for Afghan refugees last week, the San Diego-based Partnership for the Advancement of New Americans (PANA) and other immigrant groups are calling for similar protections to be provided for Black immigrants, including refugees from Cameroon.

Homayra Yusufi, deputy director of PANA says conditions Afghans have fled are deserving of protection, but adds that this step is long overdue.  “As we’ve seen with this action and the actions of governments around the world in recent weeks to support Ukrainian refugees, our elected officials are capable of expanding immigrant protections when it has the will to do so.

The U.S. government must generously afford this basic protection to our Black immigrant communities, including Cameroonians, who have been fighting for designation for years to fight for this protection, and who are most disproportionately targeted by immigration enforcement.”

Lida Azim, co-director for Afghans for a Better Tomorrow (AFBT), says, “We stand in solidarity with Black immigrant communities in calling on the administration to provide this temporary relief for all those in fear of deportation.”

Sylvie Bello, founder of Cameroon American Council, states, “TPS was made exactly for when there’s conflict and an immediate need for protection for a population. “We are pleased for our Afghan siblings but also know that this is a temporary fix. As the civil rights leader Dr. Martin Luther King said, an injustice anywhere is a threat to justice everywhere and we are heartened the Afghan American community is joining CAC in our advocacy on the fierce urgency of #CameroonTPS as well as support for immigration relief efforts in African immigrant communities such as the Congo, Central African Republic, and other diasporas."

Homaira Hosseini, Board Chair of Afghan-American Community Organization (AACO), is also calling for swift action to address the limits of Temporary Protected Status, noting that Biden’s recent action “does not provide a pathway to permanent relief.  While TPS is essential, we must see permanent protection for Afghans forced to flee conflict and humanitarian disaster and a well-resourced, prioritized response to provide aid and safety to those still in Afghanistan. We must see the passage of the Afghan Adjustment Act.”

The TPS designation also does not provide a pathway for family reunification and does nothing for Afghans still outside of the United States with no pathway to refuge.

“It is contradictory to force the over 40,000 Afghans who have sought Humanitarian Parole from outside the United States through insurmountable barriers to prove that they deserve permission to come here while recognizing that Afghans already in the United States cannot be returned to the conditions they fled,” said Laila Ayub, co-coordinator and immigration attorney at Afghan Network for Advocacy & Resources (Project ANAR).

Daniel Tse, Founding Member of Cameroon Advocacy Network (CAN), notes, “The recognition that tens of thousands of Afghans in the United States are unable to safely return to their home country is exactly why TPS was created in the first place. Similarly, tens of thousands of Cameroonians are unable to safely return to Cameroon and it should be recognized. The insecurity and the overarching issues involving nation-wide government repression of political dissent and use of torture and incommunicado detention make internal relocation impossible.”

He says those who have been returned have been “imperiled to horrible conditions as highlighted in a report by Human Rights Watch. Our Cameroonian community members are individuals with families, friends, and deep personal connections here in the United States living in fear of being returned to war in Cameroon, where they will be at risk of unspeakable harm. Cameroonians remain in detention centers living in fear and at risk of deportation. We call on the administration to not only recognize the bias in the immigration system but to grant protection for Cameroonians.”

Taisha Saintil, Legislative and Communications Associate of Haitian Bridge Alliance, also praised TPS status for Afghans and called for passage of the Afghan Adjustment Act to provide a longer-term solution.

“In our rejoicing, we cannot help but think of how many Cameroonians are now being tortured after being deported to danger”, she states. “As we hope for a swift release of the Federal Register Notice for this designation, we call on the Biden-Harris administration to stand firm on their commitment to unroot the historical anti-black prejudice and racism in the immigration system and immediately announce protection for our Cameroonian community members. This is the same request for Ethiopia and all other countries whose Nationals cannot safely return to,” Saintil concluded, adding, “Protection delayed is protection denied.”