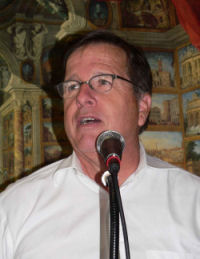 Aguirre is demanding refunds from Southern California Edison and SDG&E for ratepayers in our region, which is home to the highest electric rates in the USA.

There is compelling evidence showing SCE knows the San Onofre nuclear power plant costs were not reasonable.  The steam generators have not worked for over a year, they lasted for less than two years and were supposed to last over 18 years, Aguirre noted.

“Ratepayers can demand -- and get -- a full refund for utility overcharges related to San Onofre with a single phone call,” he stated. “ At this time, the future of San Onofre's costs, and whether they will be charged in full to ratepayers -- or refunded -- is in the hands of a single low-level bureaucrat at the California Public Utilities Commission.”

As few as ten phone calls from rate-payers demanding a "reasonableness review on San Onofre”” can force SCE and SDG&E to justify passing the cost of the failed nuclear reactors on to ratepayers. According to Aguirre "Almost every  ratepayer in Southern California is owed a refund and reparations by SCE."

For copies of the legal action and evidence, see below: