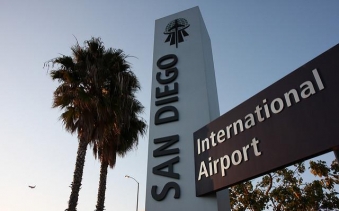 The San Diego Food Bank will provide groceries and diapers for 300 households.  Food items will include nonperishable boxed and canned foods along with fresh produce including bags of apples, potatoes, and pears.  The Food Bank will also provide boxes of diapers to families with infants and toddlers.
The event will be held this Thursday, January 24 at the San Diego International Airport Neil Ash Airport USO, Terminal 2 East (first level) from 11 a.m. to 4 p.m.

It's nice to see that benevolence is alive and doing well in this often chaotic society.