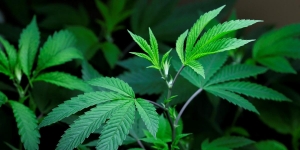 February 26, 2015 (San Diego)--Alaska has become the 3rd state to legalization the recreational use of marijuana, with limits similar to those in place in Colorado and Washington state, the other states where marijuana is now legal for adults to own in small quantities for personal use.

In addition, city leaders in the District of Columbia, or Washington D.C. also voted Thursday to allow legal marijuana possession by adults of up to two ounces for private use in private homes only. Mayor Muriel Bowser and the city’s Police Chief made the announcement after approval of a ballot initiative by voters.

But House Republican leaders sent a letter threatening Mayor Bowser that there will be “severe consequences” for violating federal law, which still prohibits all marijuana use and possession.  The letter, signed by Representative Jason Chaffetz, Chair of the House Oversight committee, warns, “We’re not playing a little game here.”

The city plans to move forward despite the threat from Congressional leaders, reminding district residents that the new law only applies to “home grown” marijuana grown indoors and used at home, not in public places, and driving under the influence is prohibited.

“Residents spoke loud and clear when they voted to legalize small amounts of marijuana in the District of Columbia,” Mayor Bowser said, the Washington Post reports.

Unlike states, however, the District of Columbia is subject to Congressional review of all city laws, so the conservative-controlled Congress could potentially snuff out the new-found freedoms passed by D.C. voters. To prevent the nation’s capitol city from going to pot.