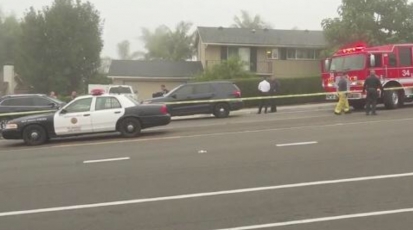 July 16, 2019 (San Carlos) – An alleged burglar was shot and killed after being confronted by a homeowner and the homeowner’s son in the 6300 block of Lake Shore Drive around 6:30 a.m.

A police lieutenant with San Diego Police told 10 News that the homeowner’s son shot the suspected prowler, who fled outside and fell into the swimming pool.

A neighbor reported hearing three shots fired and told NBC 7 that there was a lot of blood in the pool.

The homeowner also reportedly suffered multiple stab wounds and is in stable condition.

There are no outstanding suspects and details on the extent of the homeowner’s injuries were not immediately available.

Thank God for our founding fathers and their wisdom in establishing our right to defend/protect our homes and families. A win for the good guys, nice to see for a change.