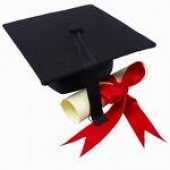 June 9,2016 (Alpine) –The Alpine Union School District’s board has voted unanimously to file an appeal of a decision by Superior Court Judge Joel Pressman, who ruled against the AUSD and Alpine Taxpayers for Bond Accountability in their case against the Grossmont Union High School District. The taxpayers group has previously announced that it will also appeal the ruling.

The groups argue that Grossmont should turn over Prop H bond money that voters approved with the intent to build a high school in Alpine. Judge Pressman sided with Grossmont, finding that the bond measure allowed but did not require construction of the school.

Judge Pressman has already been overruled in a previously decision related to the case, when an appellate court found that he was correct in issuing a preliminary injunction to force Grossmont to set aside $42 million funds. The San Diego Taxpayers Association recently weighed in to support the Alpine Taxpayers for Bound Accountability, noting that the bond language touted the Alpine High School to persuade voters to support the measure.  The group has also slammed Grossmont for spending bond monies on litigation to fight the taxpayers who voted for the bond.

Grossmont has already expended millions of dollars on the legal case, forcing the Alpine groups to also invest large sums for litigation to fight for the funds Alpine residents believe they are entitled to for their children’s education.

Alpine residents have fought for 20 years to have a high school built in their community, approving Prop H and later Prop U, but the district has reneged on its promise to build the school, cancelling architectural plans filed with the state after using eminent domain to acquire land for the project.

Grossmont has sought to justify its refusal to build the high school by citing declining enrollment, despite meeting the enrollment trigger three times, as Judge Pressman found.

Read more in Karen Pearlman’s coverage for the Union-Tribune: http://www.sandiegouniontribune.com/news/2016/jun/07/alpine-school-district-will-appeal-court-ruling/

Alpine parents have filed a unification petition with the state seeking to break off from the Grossmont District and have the bond funds for a high school transferred to the Alpine Union School District, so that it can expand to serve high school students and build the school.  A decision is expected on unification later this year from the state.