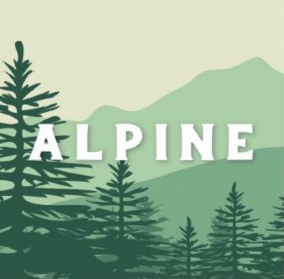 August 22, 2019 (Alpine) – Concerned over the potential loss of funds to expand a portion of Interstate 8 in East County due to a shift in priorities at the San Diego Association of Governments (SANDAG), the Alpine Chamber of Commerce has announced the formation of a Government Affairs Committee.

“On April 26, 2019 SANDAG Staff unveiled a new vision for the Regional Transportation Plan (RTP) that identifies numerus new public transit projects while removing the unfunded highway projects promised to voters in 2004. If adopted, this reallocation of TransNet funding will degrade the confidence of San Diego’s voters and contribute to worsening traffic conditions throughout the region.”

One of those promised projects is expansion of I-8 to three lanes between Second Ave. in El Cajon to the Los CochesRd. exit in Lakeside to provide relief from traffic congestion. According to Ward, the average Alpine resident in 2017 spent half an hour commuting, with nearly 25% of residents commuting more than 45 minutes to work or school.

Jacob notes that businesses in the region rely on the region’s roadways daily. Rural residents may not have access to reliable public transit and rely on cars to travel to jobs, schools, or other communities.

Evacuation is also a critical issue in our wildfire-prone region. Jacob states, “Also, a functioning road network is crucial to public safety. The fires that have occurred in our region are a testament to the need for improvements to congested roads and highways.”

Community leaders interested in forming a unified voice on the transportation issues as part of the Government Affairs Committee can contact Alex Ward at alex@alpinechamber.com or (619) 445-2722.