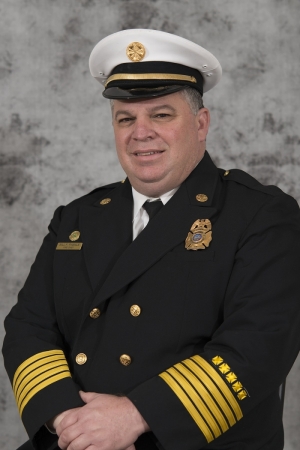 At their meeting, held on Nov. 19, Paskle submitted a letter to the board of directors that board president Jim Easterling read aloud during the meeting and thanked the fire chief for his years of service to the district.

Fire chief Paskle, who has served as fire chief for the last 12 years for AFPD, began his career in 1987 with the Bostonia Fire Protection District as a volunteer firefighter.  The following year he was employed as a seasonal firefighter for the California Department of Forestry (now Cal Fire).

In 1989, he joined AFPD and rose through the ranks from a cadet firefighter to fire chief.

President Jim Easterling said, “On behalf of the Board of Directors of the Alpine Fire Protection District we would like to thank Chief Paskle for 31 years of excellent service to the community of Alpine.  Further we wish him a long and enjoyable retirement.”

During his time with the District, he started and oversaw the annexation of areas to the District, increasing the organization’s jurisdiction by 25%. Chief Paskle formalized the 4-person crew policy and was successful in decreasing response times. The Districts ISO rating, an insurance industry metric of a fire agency’s effectiveness on a scale of 1-10, improved under Chief Paskle, from a rating of 6 down to 2.

Paskle has been active in many professional organizations as well as active, and supported, the Kiwanis – Alpine, VFW, and various youth sports teams.

His retirement plans include traveling, spending more time with family, and staying active in the Alpine community.

The Board of Directors has not named a successor at this time.