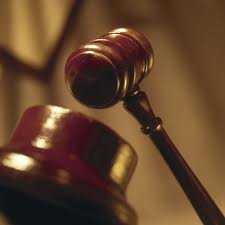 December 23, 2015 (Alpine) – Just in time for Christmas,  Judge Joel Pressman issued a decision in the Alpine high school case that gives neither side what it wanted.

The Judge denied the Grossmont Union High School District’s motions to dismiss the case but also denied a request from Alpine Union School District and Alpine Taxpayers to issue a summary judgment in their favor.

Judge Pressman did determine that the Appeals Court found Grossmont made a promise to build a high school that is binding. However, that promise hinges on whether or not the enrollment trigger was met or not.

Pressman wrote, “The Court finds that Alpine Taxpayers have not met the burden on summary adjudication to show that the enrollment trigger has indeed been met... Factual questions remain as to the proper interpretation of the Proposition U language, including whether the trigger is intended to be once and for all time, or is an on-going requirement as well as the proper understanding of the language "release of request for construction bids", particularly in light of the lease-lease back structure."

Such matters should best be determined at trial, Judge Pressman concluded.  A status conference is set for January 8th.

"Factual questions remain as to the proper interpretation of the Proposition U language, including whether the trigger is intended to be once and for all time, or is an on-going requirement " ...hello.....trigger: something that causes something else to happen...Grossmont says an enrollment trigger of 23,245 that was part of the bond language has not been met. The [Alpine] student population in Grossmont high schools is now 21,173, the district said (San Diego U-T)....case closed.