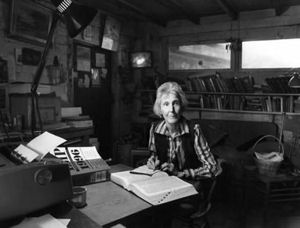 By E.A. Barrera
"Each one remembers only in part. Seldom is an incident, a character, or a scene with all the lights and shadows peculiar to it alone remembered entirely by any one person. Thus the fabric of history must be a weaving together of many memories to pattern the whole cloth."
Beatrice La Force, August 2, 1971
June 25, 2012 (Alpine) --  As Alpine celebrated its heritage during the first weekend of June, it can be noted with some irony that the conditions which forged this community into existence are still ever present and not going away. A 100 years from now, what will be remembered about Alpine during these early days of the 21st Century?
History celebrations are designed to bring residents of a community together and revel in the uniqueness of where they live. In Alpine, the rich history of the region offers residents a chance to learn not only the history of their town, but observe that the experiences which created Alpine were largely the same experiences which forged the American frontier and California's development. 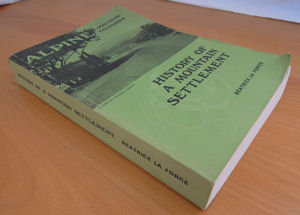 In Alpine: History Of A Mountain Settlement, historian Beatrice La Force observed that the population of Alpine in 1900 was a whopping 110 hearty souls. It took seventy years for that figure to increase ten-fold to 1,570.
But in just the past thirty years, Alpine's population has grown another ten-fold and is now estimated at well over 15,000. Recent San Diego Planning Department studies estimate that the county will add another one million people over the next quarter century. How much of that will Alpine absorb?
"For a long time, growth here had been steady but slow," observed La Force in 1987. "People came to escape the city, many to build their own homes on an acre or more. Seniors moved to mobile parks then available. Young families found it an ideal place to raise children, keep pets and gardens. In the Sixties, we began to notice more lights on the hillsides at night and a bit more traffic. We could no longer walk the three miles to the village without a car passing by."
During the history days celebration this weekend, locals will be able to see Kumeyaay dances and art work. They will be able to enjoy local music, eat great food, and enjoy time with friends.
But if they dig deeper - read some of the material assembled by the Alpine Historical Society, and take some time to educate themselves over the area's history - residents will begin to see the constant circle of issues and decisions Alpine has always had to deal with and will into the future.
There was George Washington Webb. In 1872, Webb moved his family into Oak Grove, calling the property he settled "The Alpine Ranch." Webb moved here from the Julian area to be close to the road he was constructing through the Valle de las Viejas. This roadway became the center from which a community arose and eventually took the name of the ranch for their own. Webb also petitioned for and established the first Alpine school district so that his own children would have a place close by to go to school.
There was Charles Foss, one of Alpine's first generation, who refused to profit from tragedy during World War I by selling his honey at inflationary prices.
"God gave us the bees. He gave us the flowers from which the bee draws its honey and they cost us nothing. When the world is overwhelmed with suffering, why should some men profiteer at the expense of those who suffer most?" asked Foss.
There was the fight between two men at the turn of the century that a freight driver witnessed. As told in La Force's excellent history, the story goes that the driver was making his route from Alpine when on a desolate part of road he saw a larger man trying to saw the head off a smaller man.
"As he drew abreast the pair, he saw that a big man had a smaller man in a powerful grip and was sawing the smaller man's neck along the barbed-wire fence, with much hollering from both men, and blood flowing from the victim," wrote La Force.
The driver later learned that it was a disagreement over a fence line.
Property infringement. Property rights. New schools. New roads. Expansion and growth. The cost of living. Alpine at the dawn of a new century - both a hundred years past and a hundred minutes past.

Former President Harry Truman used to say that the only thing people didn't know was the history they never learned. A million other clichés about history and the future could be repeated and waxed philosophic forever. But as this weekend unfolded and Alpine looked to its past for entertainment, maybe it should think about its past for what it really offered ... a guided map to its future.