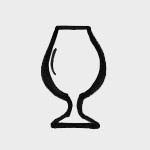 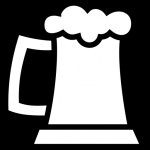 Updated April 24, 2015 with response from Alpine Education Association and details on the fundraising event.

April 22, 2015 (Alpine) – Some Alpine parents were surprised to learn that children in the fifth grade at Alpine Elementary School were assigned to paint wine glasses and beer steins for an upcoming fundraising event organized by the Alpine Education Foundation.

Kristen Gauss, a parent, sent a letter to the Alpine Union School District Superintendent Bruce Cochrane objecting to the activity.  First, she suggested it created an appearance of impropriety given that the foundation provides money to the district. Second, she noted that some parents may object to having children paint alcohol-related items for an event with a flyer that touted “Never Empty Wine Glasses” and “Bottomless Beer Steins” “hand-painted by Alpine Elementary Students.

“While I support fundraising events, I personally find this exploitation of our students without parental advice and consent despicable,” Gauss wrote.

Superintendent Cochrane responded that the activity was not permissible. He stated that a parent volunteer went directly to an art docent without permission to have students in two classes decorate the glasses.

The Superintendent wrote, “If the parent would have asked for permission it would have been denied as this is a violation of our board policies..  I understand an artist looking at different mediums for art however, in this case the use of a glass that is associated with drinking alcohol is not acceptable.”

He added that he would speak to the Alpine Education Foundation and school principals regarding work with art docents or other volunteers to assure that procedures would be followed in the future.

But that’s not enough to satisfy Dawn August, another parent, who objects to the glasses being sold at the Alpine Education Foundation’s upcoming fundraiser, as Channel 7 news reported is still planned.

She states, “The whole point of the Art Docent program is to educate the children on different artists and styles of painting, not to sell their work. I do not believe that this has ever been done before and do not feel that it should be done now especially when it comes to alcoholic containers that the children painted on at school in their classroom.”

Alpine Education Association president emeritus Colin Campbell  told  ECM he is "sensitive" to the concerns and that a parent can withdraw their chlid's art from the fundraiser on request.

The glassware is set for sale at the Mardi/Tardy Ball Fundraiser on May 2 with proceeds benefitting Alpine schools.  For event details, click here.

Sounds like an honest mistake with good intentions. Probably not trying to promote the use of alcohol. I would hope that the lesson learned is about just being more careful and not in any way going to discourage those who take time to raise funds to help the schools. P.S. Good thing the kids were not asked to paint/decorate illegal pot smoking implements like bongs to raise funds.
blueeyes, there were beer steins painted also. Colin checked with no one before hand. Not "all" the money goes back to the schools. Nearly 50% of what AEF collects goes for overhead and salaries and a large portion of the rest goes to the lawsuit against GUHSD.
Good day!! Thank you for sharing this wonderful sit. be with us here-

The boss doesn't know what is happening in schools? It may be time for him to be replaced. What's his salary?

The art program is completely volunteer based. Alpine Elementary has the BEST art program! I have many "wine" glasses at home and I do not even drink wine! We use them for water, soda, juice, milk,etc... This was for a fundraiser. I have a 5th grader and I know the kids enjoy knowing that their pieces of art are going to be purchased! All money raised go back to the schools. Should not have even been taken to the media! But, on a positive note a lot of people want to know where they can get the glasses! So, ended up being a major advertisement for the fundraiser!