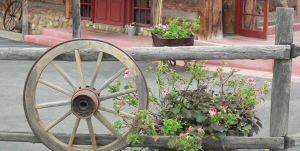 The agenda includes an opportunity for planners to ask questions of community members interested in being recommended for appointment to fill a vacant seat.  The planning group previously recommended Charles Kaderabek for the slot; however he withdrew his name after revelations of tax debts, lawsuits and a lapsed law license have surfaced.

Planners will also vote on a Parks and Recreation Subcommittee recommendation to add the Community Center park site and land on Arnold Way as a top priority on the Park Land Development priority list.

In addition, the group will consider whether or not to approve zoning density increases sought by three landowners for former Forest Conservation Initiative lands in the Japatul area.

Also on the agenda is a proposed liquor license sought to sell beer and wine at a 7/11 in Victoria Village, to be built at the corner of Victoria and Alpine Boulevard.