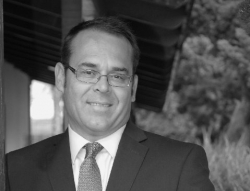 A San Diego native and resident of Alpine since 1990, Campbell is a second generation real estate professional. He is a graduate of Patrick Henry High School and San Diego State University. He has worked in real estate since 1980, including in the homeowner’s insurance, title insurance and escrow fields. He has been affiliated with Century 21 and Prudential Realty before joining Pacific Sotheby’s International Realty in 2011. Jeff Campbell & Associates operates offices in Alpine, La Mesa and Point Loma.