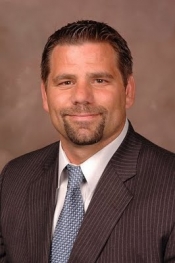 March 22, 2014 (Alpine) – Alpine Union School District Superintendent Tom Pellegrino has announced in a press release that he is leaving in June to move with his family to Costa Rica.

“Since before our children were born, my wife and I set a goal to raise our kids in a Spanish speaking country for at least two years to give them the gift of bilingualism, teach them about simplicity, and to expose them to a true global perspective,” Pellegrino stated in the release. “This is the last chance to accomplish these goals before our kids would re-enter the States in middle  high school. We have the opportunity to do it, and we are seizing it.”

The Pellegrino family is moving to Costa Rica where the kids will go to a dual immersion school. “I have a goal to become bilingual too. It will broaden my ability to lead school districts when we return to San Diego."

As for how he will cop with the change of pace in Costa Rica, he observed, “I will slow down, take a vacation, spend a lot more time with my family, and start teaching online at the university and consulting for educational entities.”

Pellegrino was embroiled in controversy and drew sharp criticism from teachers and many parents during recent negotiations that led to a brief strike by teachers. The Superintendent had proposed deep salary and benefit cuts before an agreement was ultimately reached with the teachers’ union earlier this year.

Despite budget cuts and declining enrollment, “overall student achievement in Alpine has remained a leader in the East County,” the release states.

Reflecting on the last four years leading Alpine, Pellegrino said, “It has been an honor to serve Alpine students and work with the current Board. We have done the work that few before us imagined would need to be done and few among any community would have had the courage to do. I have so much respect for the Alpine Board.”

He praised teachers, staff, the school board and principals for helping bring growth and change to Alpine.  As a n example he cites technology improvements to help students prepare for the Common Core Assessment this year.The STEAM emphasis, the iDREAM program, and a student leadership/character focus are outgrowths of Superintendent Pellegrino’s call to teachers and site leaders to find educationally innovative approaches, his release states.

Among those is the Spanish Immersion Program, that has helped students begin the long journey to bilingualism—a journey the Superintendent and his family will now be pursuing in Costa Rica.

School Board President Eric Wray praised the outgoing Superintendent. “We will truly miss Superintendent Pellegrino and the District is better because of his service. He accomplished all the main goals the Board set as priorities. We were hoping to have his leadership for another 4-8 years, but we wish he and his family well in their upcoming adventure.”

But not everyone is sorry to see him go.  Lou Russo, a parent and member of the Alpine Community Planning Group, had this to say about Pellegrino. "I know he took a bad situation with the financial problems of the district, and made them worse--and the strike was a true fiasco.  He showed NO respect for parents or teachers or, as far as I can tell, anyone but the board."