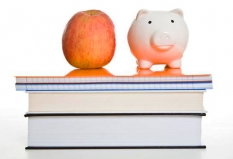 May 23, 2012 (Alpine) – Alpine voters will decide on the June ballot whether  nearly $12 million in bond monies should be authorized to fund the Alpine Union School District.  The District faces a half million dollars in annual budget cuts due to falling property tax revenues and anticipated cuts in state funding.

The average homeowner would pay an estimated $4 more per month if Prop H passes.

Backers seek local control of education funds that can’t be taken away by the state. Funds could be used to improve facilities for safety, energy efficiency, disabled access and to update classroom computers and technology, as well as attract and retain quality teachers.

Those in support include Deborah Lynn Cagney, PTA president at Alpine Elementary School, Sharon  Haven, executive director of the Alpine Educational Foundation, and Patricia Cannon, President/CEO of the Alpine Mountain Empire Chamber of Commerce, as well as local parents and residents.

Opponents offer no alternatives to fund local education amid the current austerity, but instead  contend that school district officials should live within their means. Those opposed also object to taxpayers funding maintenance over the next 30 years.

Read full text of Prop H, as well as ballot arguments for and against it here:  http://www.alpinecommunitynetwork.com/wp-content/uploads/PROP-H-PROS-CONS-2012.pdf