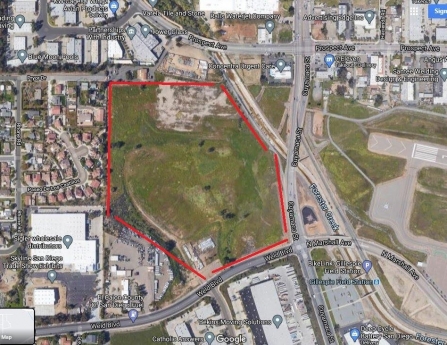 The company is in the permit approval stage to build a new 140,000 square foot distribution center near Gillespie Field, on the west side of Cuyamaca Street and Weld Blvd.

If approved, the project is expected to bring 300 to 500 jobs to El Cajon, where 21.7% of the population lives below the poverty rate, according to DATA USA this month and the city’s unemployment rate was 10.2% as of December 2020, according to YCharts.

The company has begun meeting with neighbors to address any concerns as part of the approval process. Some neighbors have raised concerns over noise levels and potential impacts on property values, particularly if the facility operates around the clock, CBS 8 reports.

Safety of workers is another issue. According to Assemblywoman Lorena Gonzalez, Amazon’s workers are injured at twice the average rate of the general warehousing industry and three times higher than the injury rate for private employers – with an injury rate worse than for coal miners, lumberjacks, trash collectors and police officers, Times of San Diego reports.

Amazon workers elsewhere in the U.S. have also complained that work scheduling  pressures have prevented them from complying with COVID-19 public health regulations, such as sanitizing equipment and social distancing.

Gonzalez has introduced a bill, AB 701, which would  require Cal/OSHA to propose new standards that minimize the risk of illness and injury among warehouse distribution center employees who work under production quotas.