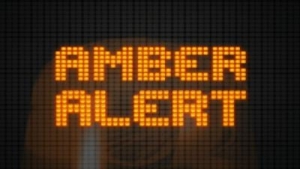 Besides those flashing freeway signs, Amber alerts are now sent via email, cell phones and posts on social media sites. Next up, there’s a plan to develop a special signal for cell phones similar to a warning sound used to alert people to wildfires, floods, tornados or other emergencies.

Two of those dramatic success stories of the Amber alert system had ties to San Diego’s East County.  The kidnapping of Lakeside teenager Hannah Anderson triggered an Amber Alert in five states, leading to her rescue from kidnapper James DiMaggio, who had murdered Hannah’s mother and brother.

The other high-profile case occurred last year on an onramp to Highway 52 in Santee, where a man who had killed his wife and kidnapped their four sons was spotted.  He tried to leap to his death over the side, but police managed to stop him with a beanbag gun and save all four of the children.