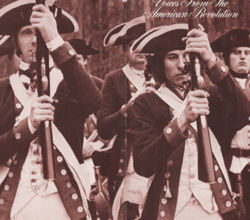 April 30, 2012 (Lemon Grove) -- Lemon Grove Historical Society will screen the award-winning PBS special, "Don't Tread On Me:  Voices from the American Revolution," on the next "History Alive" presentation on May 3 at 7 p.m. in the H. Lee House Cultural Center, 3205 Olive, Lemon Grove.

The production tells the story of the Revolution through the lives of foot soldiers and their families in America's first military force, the Continental Army. Filmed at historic sites in New York State, with appearances by the Brigade of the American Revolution, the film traces the growth of the army from an ill-equipped, untrained band of amateurs into a disciplined force trained by Baron Friedrich Von Steuben, the "unemployed Prussian officer" who was hired at the urging of General George Washington. 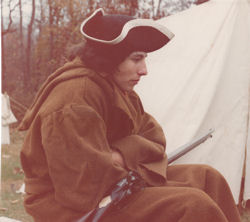 The Revolutionary War soldier was a humble instrument in a great cause whose share in the victory was his by dint of the danger, privation and toil he endured--usually for little, late or no pay. The film reveals ordinary people trying to get along under difficult circumstances when the odds were a hundred to one for defeat.
The production was sponsored by the New York State Bicentennial Commission, produced and directed by Jack Ofield, written by Helen-Maria Erawan, photographed by Richard Francis, A.S.C., and advised by Col. Frederick Todd, former director, West Point Museum; Dr. Thomas Felt, principal historian in the New York Office of State History and Dr. Louis Tucker, director of the NYS Bicentennial Commission.
"History Alive" is free and suitable for ages 13 and over. Questions and answers and refreshments will follow the screening.