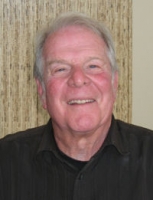 by Richard Lederer and Caroline McCullagh

March 23, 2014 (San Diego)--Tinkering is a time - honored American pastime. Many men and women can’t leave well enough alone. They’re always trying to create something or improve something. As with most creative people, they benefit from the work of those who came before them, but they add that little spark of genius that can take their invention figuratively or literally into the stratosphere. Here are some of our best:

♦ Robert Fulton (1765 - 1815) tried several different careers, including fine art, before he settled on being an engineer and inventor. He designed and built new types of canal boats, a machine for making rope, another for spinning flax, a dredging machine, and even a submarine. However, his greatest fame came from the Clermont , the first commercially successful steamboat. The Clermont made its first trip, from New York City up the Hudson River to Albany, on August 17, 1807, cutting the usual sailing time from 64 hours to 32 hours for the 150 - mile trip. It soon began regular passenger service.

♦ Trained as an artist, Samuel F. B. Morse (1791 - 1872) turned to invention as a career. It took him five years to achieve his first big success; he invented the telegraph and created Morse code. In 1844, he built a test line between Baltimore and Washington, D.C., and tapped out the message “What hath God wrought!” a sentence from biblical Numbers 23:23. In later life, he returned to art as the vice president of the new Metropolitan Museum of Art in New York.

♦ Alexander Graham Bell (1847 - 1922), a teacher of the deaf, came to the United States from Scotland in 1871. He patented the first telephone in 1876. The first telephone exchange started in New Haven, Connecticut, in 1878 with twenty - one customers. By 1880, there were fifty thousand telephones in the U.S. and, by 1900, one million. A transcontinental telephone line was completed in 1914; and on January 25, 1915, Bell placed the first transcontinental telephone call. He was in New York City when he called his close friend and assistant, Thomas A. Watson, in San Francisco. Watson was the same man who had answered Bell’s very first telephone call in 1876. Bell had said , “Mister Watson, come here. I want you

Richard Lederer has a weekly column on Words in the Local Section of the U-T Saturday edition.

San Diegans Richard Lederer and Caroline McCullagh are the proud parents of a bouncing baby book, American Trivia: What We All Should Know About U.S. History, Culture & Geography (Gibbs Smith Publisher, 2012). Over a span of a year, the co-authors will share with you their journey through American history. You can order inscribed and signed copies of the book by writing richard.lederer@pobox.com.