By Richard Lederer and Caroline McCullagh 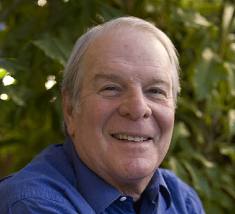 January 24, 2014 (San Diego)--Tinkering is a time-honored American pastime. Many men and women can’t leave well enough alone. They’re always trying to create something or improve something. As with most creative people, they benefit from the work of those who came before them, but they add that little spark of genius that can take their invention figuratively or literally into the stratosphere. Here are some of our best:

♦ Two wrongs don’t make a right, but two Wrights did make an airplane. The Wright brothers — Wilbur (1867-1912) and Orville (1871-1948) — became interested in flight when, in 1896, they read of the death of glider pioneer Otto Lilienthal. The brothers began by designing, building, and flying gliders. Testing models in a homebuilt wind tunnel, they created the first reliable tables of air pressures on curved surfaces. Wilbur and Orville became skilled pilots, and using their extensive knowledge, designed and built a powered airplane. On December 17, 1903, Orville made the first controlled flight of a heavier-than-air machine near Kitty Hawk, North Carolina, a 120-foot trip that lasted all of 12 seconds. The top speed was seven miles per hour and top altitude 10 feet. Several years passed before their accomplishments became generally known. They spent the rest of their lives designing and flying planes and teaching others to fly.

♦ In 1915, Clarence Birdseye (1886-1956) went on a fur-trading and fishing trip to Labrador. Watching the Inuit freeze fish and caribou meat, he noted that quickly frozen food was fresher, better textured, and more flavorful than food that had been slowly frozen. In 1925, Birdseye developed a process for flash freezing small packages of food. The Postum Cereal Company (later General Foods Corporation) purchased his patents in 1929. Frozen foods became popular in the 1950s, when freezers became widely available and TV dinners took over living rooms.

♦ Philo T. Farnsworth (1906-1971) is credited with the invention of electronic television, although scientists all over the world were attempting to transmit pictures, the next logical step after transmitting words and voices. On September 7, 1927, Farnsworth’s image dissector camera sent the first visual, a simple straight line. He continued working on the technology of television and  ultimately was granted more than 150 U.S. patents. In 1936 NBC began experimental broadcasting with a telecast of a cartoon of Felix the Cat as its first program. Commercial TV began broadcasting on July 1, 1941, but was suspended for the duration of World War II. By 1950, three million TV sets had been sold. Today, more than 99 percent of American homes have televisions, most more than one.

Richard Lederer has a weekly column on Words in the Local Section of the U-T Saturday edition.

San Diegans Richard Lederer and Caroline McCullagh are the proud parents of a bouncing baby book, American Trivia: What We All Should Know About U.S. History, Culture & Geography (Gibbs Smith Publisher, 2012). Over a span of a year, the co-authors will share with you their journey through American history. You can order inscribed and signed copies of the book by writing richard.lederer@pobox.com.