Tune in Monday at 5 p.m. to hear our interview with East County’s Amnesty International organizer Renee Altson on KNSJ 89.1 FM or streamed live at www.KNSJ.org .

August 29, 2014 (Santee) – At the Summit Unitarian Universalist Church in Santee, a dedicated group of Amnesty International members meet each week.  They write letters to leaders around the world on causes such as seeking freedom for jailed journalists, stopping barbaric practices such as torture and stoning women to death, and ending conflict in regions such as Gaza. The group has celebrated several recent successes, which organizer Renee Altson discusses in a radio interview with East County Magazine airing Monday, September 1st.

Sometimes, those causes hit closer to home, such as a “Hands Up, Don’t Shoot!” protest planned September 2nd at 5:30 p.m. at the Metzli student union center on San Diego State University’s campus.  The protest focuses on police brutality in the wake of the Ferguson, Missouri shooting of an unarmed black teenager. 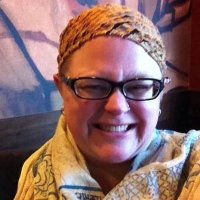 Altson, the local organizer of Amnesty International’s Chapter 672 in Santee, is a survivor of an abusive past herself. She was drawn to the group’s logo, which depicts a candle surrounded by barbed wire. “It brought tears to my eyes,” she recalls.

Each week, Altman helps organize an average of five letter writing campaigns.  She says paper letters are the most effective, when world leaders or others in positions of power receive actual stacks of mail showing that people around the world care about the cause.  That said, people who want to get involved and can’t attend a chapter meeting can also participate online with e-mail.

http://eepurl.com/1FY6H.  Meetings are held at the Summit Unitarian Universalist Church at 8778 Cottonwood Avenue in Santee, California at 92071 on the last Monday of the month at 6:30 p.m.

To find Amnesty  International chapters worldwide visit amnesty.org or in the U.S. at aiusa.org.