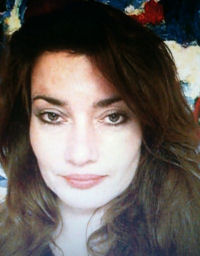 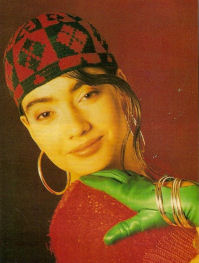 June 20, 2011 (San Diego’s East County) -- East County resident Anat Tour, originally from Canada, is our community’s own Renaissance woman—a master of  mathematics, art, music, writing and much more.  By day, she is a mother of four and a math teacher at a local high school; by night, she is the lead singer for Possession, a local band. In between, she is a writer and illustrator of children’s books, as well as an animator.  She has also been an international model, which is easily discernible by her stage presence and how she carries herself.

Somehow she finds time to juggle her responsibilities as a parent, going right out after my phone interview with her to take her children swimming. She definitely has her priorities straight.  But her passion, outside of her devotion to her kids, is her writing of children’s books. 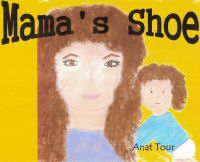 A case in point, would be Mama’s Shoe, a  story about a precocious child helping his mother find her lost shoe. I recalled an initial interview with the author, in which she acted out and talked through the young child’s actions in finding the shoe. This book, published as an eBook with Barnes & Noble, is one of many in Tour’s treasure chest of  material for children. 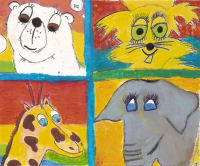 Another is The Rainbow Animals CD, which is a story of hope and acceptance. Seven animals get lost while being drawn towards the rainbow. Each animal comes from a different land and has a different  story to tell.  All are guided to RainbowLand by a guru (a long haired parrot) named Mishcaboggle. The 12 song CD tells the story of The Rainbow Animals through music. Songs include Ziggy Wiggy, the three toothed giraffe that loves

to laugh, and Bubbles, the polar bear.  The authors’  kids actually sing in The Rainbow Animals CD.  Imagine the fun and joy in the Tour household, to have a mother that can provide that type of entertainment.  Tour is almost finished with the animation of The Rainbow Animals which she will submit to a Children’s Film Festival.

The next priority for this Renaissance woman is her band, Possession, which provides an eclectic brand of music through songs such as Midnight Blue, Going Too Far, and Suspicion. Midnight Blue  is a particularly mesmerizing song, which Tour performs with the sensual flair that she exhibited as an international model.

Beyond just being singers and musicians, each of the band members including Tour makes a contribution to society at large. Matthius Von Herrath, the lead guitar player, is a classically trained violinist, as well as a medical doctor and leading researcher in diabetes. Todd Graham, the drummer, is a correctional officer at RJ Donovan Prison here in San Diego County. Rob Cureton, the creator and founder of the band (Possession), is the keyboardist and main songwriter. He writes intelligent lyrics with deep meaning, which possibly stems from his being a psychologist and master of the mind.

Possession’s members view the group as  an adventure band-- tour guides to the human imagination and soul.  The musicians indicate that those who come to their shows are dedicated not just to a sonic adventure, but to the excitement of the adventure they call life.

I have a feeling that we are going to be hearing some big things from Anat Tour and her band. Of course, her kids are the main beneficiaries of this talented Renaissance woman. You have to admire a mother who can do all this, and do it well. 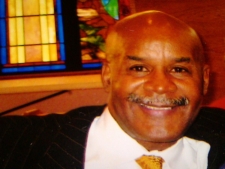 Dennis Moore is the Associate Editor for the East County Magazine in San Diego and the book review editor for SDWriteway, an online newsletter for writers in San Diego that has partnered with the East County Magazine, along with being a freelance contributor to EURweb based out of Los Angeles. Mr. Moore can be contacted at contractsagency@gmail.com or you can follow him on Twitter at: @DennisMoore8.

Anat Tour will participate in the San Diego County Library 46th Annual Local Author exhibit, where here publications will be on display. Just this past Friday Anat presented me with her bundle package of "The Rainbow Animals," which includes a booklet insert, along with a CD and DVD. I plan on writing a review of this material shortly for the East County Magazine. Anat Tour has come a long way in a very short time from that chance meeting that we had at the Barnes & Noble - Grossmont Authors Event, that I was moderating.

Anat Tour, this multi-talented artist, informed me that she submitted her "Rainbow Animals" animation DVD yesterday to the Seattle Children's Film Festival. Let's keep our fingers crossed for her continued success.

A great story about an amazing woman. Thanks for the intro, Dennis!

Yes, Anat Tour is an amazing woman, and her band, Possession, is just as amazing for each of their unique gifts, and their contributions to society. There is a lot more to this band, than meets the eye.

Wow! Such an amazing story! This is a woman that we could all learn from: dedication and passion in all that surrounds her life whether it be Family or simply her interests in life! Beautiful, smart and talented! Truly amazing!

Anat Tour is an independent and an original thinker. I am intrigued by her sharp mind, creative genius and positive/loving energy. Her music, her art and her family all originate from the same source and that source is THE SOURCE... LOVE. Keep sharing your aloha Anat. By the way...do you have any plans for developing other ways to share your books? (video's?, DVD's?, app's?)

It is my understanding from Anat that she will be coming out with her "Rainbow Animals" CD this summer, and there has been consideration given for her and the band "Possession" performing at the "4th & B" Club in San Diego.

Will eagerly await the CD release!

Dennis, this is an exciting review about an exciting woman. Anat seems to be adept at everything she undertakes. And I thought I had a lot of irons in the fire! Thanks, Dennis, for letting us know about this remarkable woman. Linda Loegel, author of "Bumps Along the Way" and "If You Don't Like Worms, Keep Your Mouth Shut."

I enjoy the interweave between the author and the work. The respect for that relationship comes out beautifully in the review.

I'm excited about our book launch to take place also on Sunday, June 26th at Paradise Perks in Irvine.
The nonfiction narrative American Wings, Iranian Roots will guide readers through pre and post Revolution Iran and shed light on many of today's events.

Thank you Kristin for your kind comments on Anat Tour and her band, Possession. Congratulations on your book, American Wings, which I look forward to writing a review of, as I did for Anat Tour's book, "Mama's Shoe."

Thank you all for your supportful and kind words.

This is a marvelous and captivating review of the remarkable accomplishments of an amazing young lady, Anat Tour. A Renaissance person is a polymath, a gifted and educated individual who excels in different subject areas, including the arts and sciences. Anat’s special qualities impress as a Renaissance woman. She takes care of her family, develops the mathematical skills of her students, writes endearing children’s books and sings for a popular band in San Diego. Through the ages men have tended to control and oppress women. During the Renaissance itself few women could rise to fame, such as the 16th century painter Lucia Anguissola, or Isabella d’Este (1474-1539), a patron of the arts, a leader of fashion and translator from Latin and Greek to Italian. Men prefer to ignore the significant contributions of women to the advancement of human knowledge. How many schools teach, for example, the story of Hildegard of Bingen, a female artist and scientist who was first to write about the need to boil drinking water for sanitation? And how many people were taught at school that the physician William Withering (18th century) learnt the secret of the heart drug digitalis (foxglove) with the help of his fiancé who introduced him to an old women healer. The modern heart drug digoxin is extracted from the foxglove plant. Well, I hope one day we all will arrive in Rainbowland under the wise guidance of the long haired parrot guru Mishcaboggle and listen to lovely songs or even join the choir. Congratulations, Anat Tour! And thank you Dennis Moore.

WOW! I am OVERJOYED to see this very well written and acurate piece on my dear friend whom I call "Anatie"! :)

Not only is she every bit as talented and on top of her game as described above but more, she is beautiful on the inside too! She never turns away a friend in need, for any reason, and if you visit her home she will feed you, sing to you and entertain you with her marvelous skill for storytelling.

Anat Tour is one of the most amazingly creative & generous human beings I have ever known in my life and I can't wait to hear her new RAINBOW ANIMALS CD!! GO ANAT!

One of Anat's biggest FANS,

Yes, Anat Rocks, and I am sure her band "Possession" does also! I realized it the very first time that I met her at a Barnes & Noble Authors Event, that I was moderating, that "BIG" things are in store for this very talented lady.

Dennis Moore's article is intriguing, colorful and certainly encourages readers to explore to the end.
I totally enjoyed discovering this lovely and so talented young Canadian woman and am certainly inspired to order her children's book (s) for my young grandchildren.
Thank you, East County Magazine and Dennis Moore, for introducing your readership to Anat Tour.

Great article and congratulations to such a creative mind.

The pictures AND the drawings!

Is there a link to the Mama Shoe eBook?

Are there any links to the songs?

Thanks for your comment. Mama's Shoe can be found at this link:
http://www.barnesandnoble.com/s/anat-tour?store=kids&aud=juv

Also it can be viewed on clicking " view browser" for the following link:
http://www.epubbud.com/book.php?g=ZNZLKNTB

As well here is a link to download the song "Midnight Blue"
https://docs.google.com/leaf?id=0B_SCGxIPAAvaYTE5OGY0YzItOWRjMi00ZjA0LTh...

Thanx for your article on Anat Tour and her new book...I have known Anat for many years and she really is an exceptional talent and beautiful person, both inside and out...Congratulations on such great accomplishments and cannot wait to hear more news, from this amazing and ecclectic lady....I will be waiting with excitement for more....All the best Deb

Davis staffers passed out information on healthcare reform including answers to common questions—answers many in the crowd apparently had no inclination to read. Although the majority of the crowd seemed in favor of healthcare reform, those opposed were not content to wait their turn to be called upon to ask questions. Instead, many shouted out insults to the Congresswoman and some uttered racial slurs including "nigger" against President Barack Obama.Top Listing