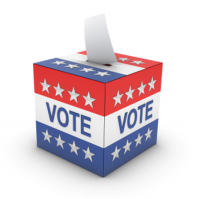 Measure N, Santee's ballot measure to give residents a vote on large housing developments, is now passing by 15,697 to 14,783 votes, likely too great a margin to shift given the relatively small number of ballots likely left to count in this race.

In the Cajon Valley Union School District, incumbent trustee Karen Clark-Mejia is maintainin a lead over Monica Hinton by a mere 202 votes, with 5,598 or Mejia and 5,396 for Hinton, 51.5% to 48.5%. Though the margin has slipped somewhat since Election Night, Mejia is likely to retain her seat as the number of votes left to count dwindles.