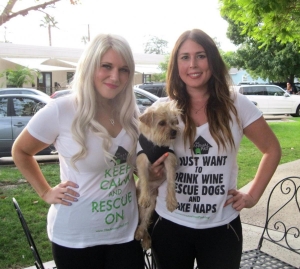 August 27, 2015 (Blossom Valley)--Making a difference in the world seems to be the motto that Blossom Valley resident Rebecca Weinrib and Stephanie Nisan live by, especially in the world of homeless dogs. Together, they founded The Animal Pad in 2010, a rescue organization for dogs, with their own unique vision.

Weinrib, 30, and Nisan, 31, have started a forward thinking rescue organization that not only focuses on rescuing and fostering dogs, but also one that provides a better connection to the public through training and education to help reduce the number of homeless dogs in the future. They want to reach all ages, but especially their peers and motivate them to join the cause.

It hasn’t been easy, but their plan covers several aspects, such as education, reaching out to encourage people to adopt a dog rather than pay a breeder, spaying and neutering, and helping people find the right dog for their needs. For example, the professor, a sweet, low key and calm mutt, likes to sit on people’s laps and may go to a center for seniors who will love him. They have also arranged for classroom visits at several local schools as educating future dog owners is important.

Next, they are in the process of developing the Pet Spy Collar attachment which will attach to any collar/harness and will include a camera, two-way radio, training functionality, and health monitoring, all of which can be controlled by an app they will be creating in conjunction with the attachment.

The app will also have a feature to share directly to social media. This attachment grew out of a need that they saw for owners to have a better connection to their dogs. It is still in the developmental stage, but they hope to have it launched within the next two months.

They also plan events, such as the upcoming 5K Walk/Run fundraiser at Road Runner Sports on September 20th. Registration is still open, and all the proceeds go directly to TAP. The link is https://roadrunnersports.fundly.com/tap5k

Finally, they work with various high kill shelters in Southern California, animal control organizations, and dogs from Mexico. They are constantly on the go, picking up dogs, finding fosters, screening potential applicants, recruiting others to become fosters, fundraising, and reaching out to the public. They have a great need for additional fosters as the more that help out, the more dogs they can rescue.

Weinrib and Nisan also have careers. Weinrib is a lawyer and the legal counsel for her family’s business. Her father invented the EDDY pump. Nisan is a successful realtor. Both juggle their personal and professional lives as well as running their organization with endless energy.

As I was interviewing these long time friends, they reminded me of an old, married couple who finished each other’s sentences, but at the same time had youthful and altruistic aspirations mixed in with social media savvy. Their families must be proud and the rescued dogs grateful for their constant dedication. As they joked, “We are always hustling. Every birthday or celebration is a fundraiser!” 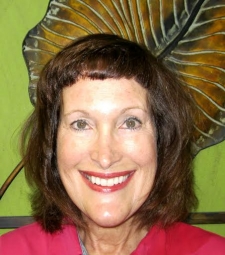 Recently I was leaving the golden acorn an came across what I though may be a wild dog, about 20 miles away I seen another one...not sure what it was...black, thin, long tail not a lot of fur...has anyone else come across this animal??