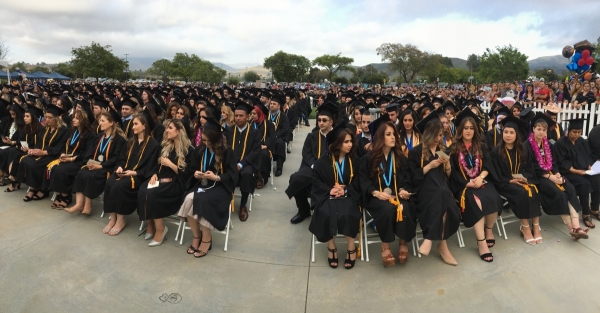 Over the last decade, graduate numbers have grown by 78 percent, while the number of degrees and certificates they’ve earned rose 178 percent -- this despite an overall decline in enrollment of about 13 percent over the same period.

“Our colleges’ record numbers of graduates, degrees and certificates is the result of our faculty and staff’s laser focus on helping students stay on track to achieve their dreams,” Chancellor Cindy Miles said.

Three student speakers each told moving stories of their struggles so representative of the challenges many community college students face. 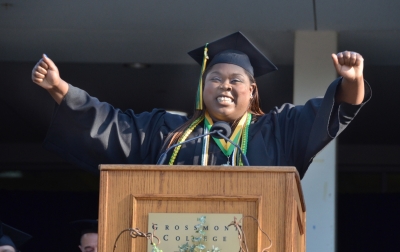 Grossmont College student speaker Shakur Collins (right) described at the June 5 commencement how she became ill in 2015 as an incoming freshman at the University of California, Irvine. After four months of tests, doctors found out she had a build-up of cerebral spinal fluid that caused a permanent loss of most of her vision. She had to leave UC Irvine, losing thousands of dollars in scholarships.

She enrolled at Grossmont College in 2016, determined to pursue a new direction in her life.

Collins sought help from the college’s Accessibility Resource Center and has been able to maintain straight A’s and is set to transfer in the fall as a psychology major at UC San Diego. She aspires to a career in the field of group and organizational leadership.

“I made the choice to move forward. It was hard to rebuild my life, but I have managed to maintain straight A’s while here at Grossmont,” she said. “When the going gets tough, you don’t fold. You adapt.” 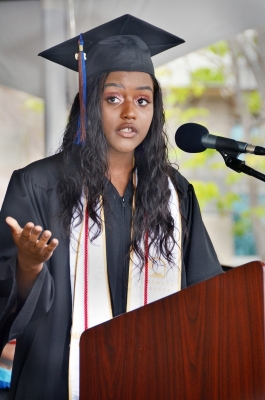 Cuyamaca College’s Akila Scott (left), one of two student speakers at Cuyamaca, said she was the first of her six siblings to pursue a university degree.

“I thought starting off at a community college meant that I was less than the other kids who got into USC or SDSU. But I was completely wrong. I have gained something valuable here that I don’t think I would have gotten anywhere else,” Akila said. She is transferring to CSU Long Beach.

Dawod Rafoka (below right), Cuyamaca College’s second student speaker, grew up in northern Iraq, but was forced to leave at 17 because of terrorist attacks. Two years later, he settled in El Cajon and began taking ESL classes at Cuyamaca College. 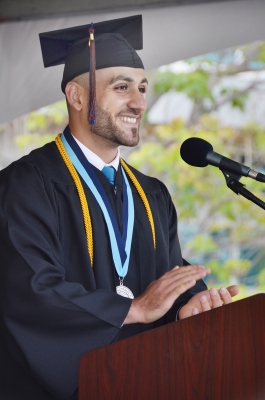 “With the help provided by the services here, I was able to overcome the thoughts and feelings of ‘this wasn’t meant for me,’ ‘I am out of place’ or ‘maybe I’m not smart enough to do this,” Dawod told his fellow graduates at the June 6 commencement. “I’ve gone from a person who thought that education was not for him to a person who is transferring today with a 4.0 GPA in computer engineering.” Dawod, who recently became a naturalized American citizen, is transferring to San Diego State University this fall. 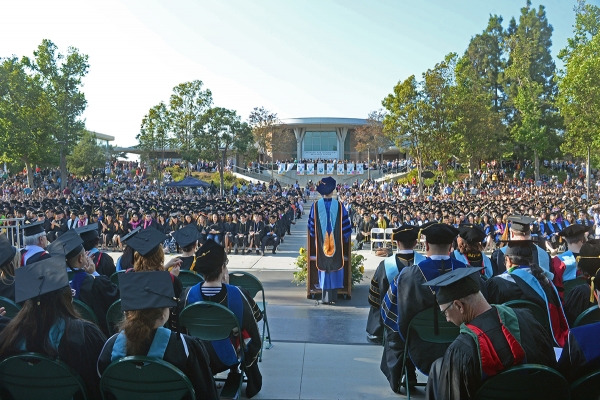