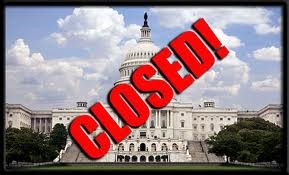 September 11, 2015 (Washington D.C.) – The federal government will run out of money on September 30th if a funding resolution is not passed.  Some Republicans are threatening a shutdown of the government unless Planned Parenthood is defunded completely due to controversy over use of fetal tissue from abortions--even though the law already prohibits use of federal funds for abortions.

So the funding cuts, if pushed through, would eliminate money for other services such as Pap smears and mammograms to check for cancer, birth control, and other women’s health services.

The House GOP leadership has indicated it seeks to avert a shutdown. But Senator Ted Cruz, a Republican presidential candidate, has said he aims to push for a filibuster to defund Planned Parenthood.  Back in 2013, Cruz led efforts to force a shutdown of the government over Affordable Healthcare Act funding, which he hoped to block.

The unsuccessful effort to halt Obamacare funding did succeed in shutting down the federal government, however, leaving most federal workers without paychecks, forcing families to cancel vacations to national parks and leaving some airports without air traffic controllers, among other consequences.

Democrats have denounced the GOP effort as an assault on women’s health. The Democratic leadership has indicated it will not capitulate to demands to cut funding  to Planned Parenthood, which serves many low-income women, even if that means risking another shutdown.

Genesis 3:16 Unto the woman he said, I will greatly multiply thy sorrow and thy conception; in sorrow thou shalt bring forth children; and thy desire shall be to thy husband, and he shall rule over thee.