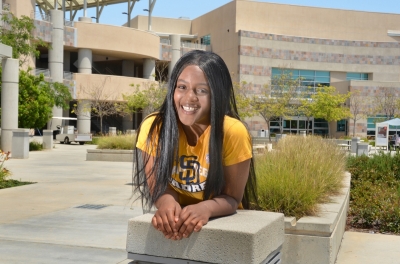 June 1, 2019 (El Cajon) - Almost 2,700 graduates from Grossmont and Cuyamaca colleges will be receiving 5,652 degrees and certificates at this year’s commencements, setting a new record as the largest graduating class from the two East County colleges.

“I’m proud of all of our graduates for the hard work they have put in to reach this milestone,” said Cindy L. Miles, chancellor of the Grossmont-Cuyamaca Community College District. “We know they got an excellent education at Grossmont and Cuyamaca colleges, and their lives will be transformed forever by what they learned here.”

The numbers of graduates and the degrees and certificates that are awarded has continued to grow over the past decade as the colleges focus on more student support, increased university transfer rates, and greater career education opportunities.  In the past 10 years, the number of degrees and certificates awarded at the two colleges has increased by 178 percent, and the number of Grossmont and Cuyamaca College graduates has risen by 78 percent.

Shakur Collins (righht), the student commencement speaker at Grossmont College, is nothing if not a study in determination. 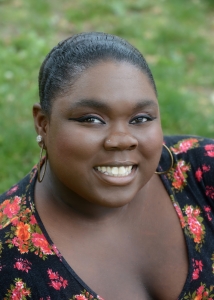 The Serra High School graduate who gave the commencement speech at the San Diego high school in 2015 had chosen the University of California, Irvine from the 14 universities that gave her the nod for admission. She had scholarships to cover her entire education. Life was good.

But at freshman orientation in July, what was initially thought to be a bad migraine landed her in the hospital in San Diego. Four months of medical tests and hospital stays revealed the true picture: a buildup of cerebral spinal fluid in her head left her with a permanent, near total loss of vision. Forced to drop out from UC Irvine and losing tens of thousands in scholarships dollars, it was a dark chapter in Collins’ life.

She could have wallowed in her misfortune, but she enrolled at Grossmont College in 2016, determined to pursue a new direction in her life.

Collins sought help from the college’s Accessibility Resource Center and was assigned a personal scribe at the testing center and granted use of an electronic screen magnifier. She has been able to maintain straight A’s and is set to transfer in the fall as a psychology major at UC San Diego. She aspires to a career in the field of group and organizational leadership.

In the meantime, she plans to continue working as a psychology tutor in the college’s tutoring center and in her spare time sing barbershop-style with the San Diego Chorus of Sweet Adelines and to train in the martial art of Tekio Jutsu, designed for people with disabilities.

Collins said she has been on an emotional roller-coaster since her eyesight began failing, but Grossmont College has helped her regain her focus.

“Grossmont has allowed me to take the time I need to heal,” she said. “There are so many wonderful professors who have mentored and helped me along the way. Grossmont is my home. This is a great institution.”

Cuyamaca College commencement speaker Akila Scott is the first of six siblings raised in a single-parent home to pursue a university degree. A full-time waitress who carried 22 units her final semester and played for the women’s volleyball team during the fall, Scott described her daily schedule as “beyond crazy.”

She is also the primary income earner in the household since her mother is legally blind and unable to work.

She started as a chemistry major, but a philosophy class she took to fulfill her general education requirements exposed her to Socrates and other great thinkers and gave her a deeper understanding of the “whys” in life that she had been craving. She will transfer in the fall as a philosophy major at California State University, Long Beach, where she will be living in a dorm.

“I am thinking I should get my mom a little dog to keep her company,” said Smith, who graduates with a 3.3 GPA and several scholarships. “She’s my best friend and I know she will be calling me constantly to ask how I’m doing. She is a super hero to me, despite being legally blind. She has raised us all to respect her as the person who sets the rules.”

Cuyamaca College has also been the source of important lessons in life, Scott said.

“This school will remain special in my heart because it has taught me that suffering is part of living and we can’t allow hardship to be an obstacle,” she said. “My experience here has also led me to understand the importance of embracing change.”

The second commencement speaker is Dawod Rafoka, an Iraqi refugee who started at Grossmont and Cuyamaca colleges in 2015 not remembering how to multiply or divide. He graduates with associate degrees in mathematics for transfer and University Studies: Science and Mathematics from Cuyamaca College and has received outstanding achievement awards from Grossmont College in English/Social Behavioral Sciences, ESL, and mathematics. He was initially terrified of speaking English, but developed his language skills so dramatically that just three semesters after starting college, he was hired as an English as a Second Language, or ESL, tutor.

During his stint as an ESL tutor, he began making promotional videos and advancing the department through social media, which led to his current post as a resource specialist and student ambassador for Grossmont’s Outreach Office 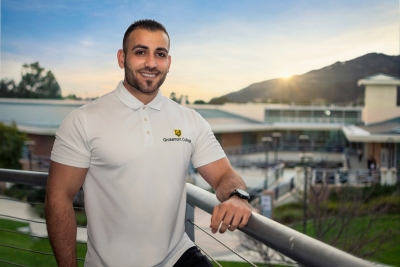 He graduates with a perfect 4.0 grade point average and is transferring in the fall to San Diego State University. The 23-year-old, who became a naturalized American citizen less than two weeks ago, has plans to pursue a career in computer engineering with a goal of eventually working for Google.

His upbeat attitude and outgoing nature belie his formative years growing up the northern Iraq village of Tellskuf, where car bombings and terrorist attacks are a constant reminder to maintain a low profile and not to draw attention. At 17, he left with his brother for a safer refuge in Turkey, where they were eventually joined by his parents. Two years later, the family was granted permission to move to El Cajon.

"I’ve gone from a person who thought that education was not for him to a person who is transferring with a 4.0 GPA in computer engineering,” he said. “I love the supportive community that the colleges provide. I wouldn’t have reached this station of my life without professors’ generosity with their office hours at both colleges and the consistent support of services like the Tutoring Center.”