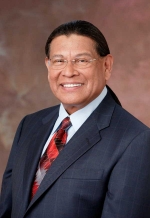 Newly-elected members of the Tribal Council will officially take office on January 3, 2011, and will serve two year terms.