November 9, 2011 -- Bullying of students can lead to tragic consequences.  Ten years ago, a 15-year-old who had been the target of bullying opened fire at Santana High School, killing two and wounding 13 others.  Fortunately, a growing number of educators are taking steps to stop bullying on campus.
On Tuesday, November 22 from 7-8:30 p.m., a special program on school bullying will be presented at Lestat’s West,  3343 Adams Avenue in San Diego.
The evening will be part of the Community Film Series hosted by Joe Vecchio and will include the short documentary Bullied,which was produced by the Southern Poverty Law Center about a precedent-setting case of a bullying victim seeking compensation from a school district that failed to protect him.
A discussionafter the film will feature San Diego School Board member Kevin Beiser as well as local author Walter G. Meyer (www.waltergmeyer.com) , whose novel Rounding Third deals powerfully with the topic of teens being bullied until one can’t take it anymore and attempts suicide.
The critically

-acclaimed book, Rounding Third, has garnered Meyer requests to write about the topic of bullying for numerous web sites and publications including the Pittsburgh Post-Gazetteand Gay.com’s “Writes of Passage.” The article about his speech at Arizona State University and introduction of Bullied was picked up by news outlets across the country, and in October his talk at SUNY-Jamestown Community College, also received prominent coverage.
“I am happy to speak out whenever and wherever I can,” Meyer said. “Too much of Rounding Third was based on my own experiences in school and I don’t think another generation of students should have to endure that torment as they try to get an education.” 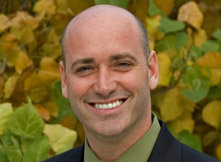 Kevin Beiser was instrumental in getting the School Board to adopt new, proactive policies to address bullying in San Diego schools. The policy is seen as one of the most advanced in the nation and Beiser will address how this provides significant changes that make it more realistic, practical and enforceable. In too many instances where students have been bullied to death, the schools had policies in place, but they were never enforced. Beiser said,
“The San Diego School Board is proud to be taking the lead the effort to make our schools safe for all our children.  Passing the historic anti-bullying policy in April this year was a first step that sends a clear message to students, parents and staff that bullying will not be tolerated in San Diego Schools. I look forward to this opportunity to share our vision and listen to ideas that people may have to make our schools even safer places to learn.”
For years, Joe Vecchio Director of the Lestat’s Community Film Series has hosted thought-provoking movies and at Lestat’s West on topics ranging from elections to the environment. Vecchio said, “From the program’s inception the goal was to present socially significant films and topics along with some robust discussion and conversation.” This movie will help create awareness of the ongoing bullying crisis the consequences, and to make the public aware of what can be done and is being done to effectively deal with the problem. Vecchio added that Lestat’s owner John Husler was the catalyst for the film series as part of his ongoing mission to create not just a coffee shop, but a creative space for artists, writers, musicians, plays, films, comedy and more.
The event is free and the public is welcome and encouraged to participate in the discussion after the movie. Meyer will have copies of Rounding Third available for sale after the movie. Coffee, tea, other beverages, and food are available for purchase at Lestat’s, next to the movie venue and may be brought into the screening.
For more information on reducing bullying, visit www.tolerance.org.  For more information on Walter G. Meyer and his books, visit www.WalterGMeyer.com