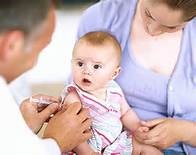 September 30, 2015 (San Diego’s East County) – Seeking to overturn California’s new vaccination law, opponents have submitted petitions to the Secretary of State.  The measure needs 365,000 signatures from registered voters but it will take approximately a month to determine whether there are enough valid signatures to qualify for the November 2016 ballot.

The law eliminates exemptions for personal or religious beliefs, requiring vaccinations for children unless there is a legitimate medical reason for a waiver. The measure applies to children in public and private schools as well as day cares, leaving only homeschooling as an option for parents who refuse to vaccinate their children.

If the referendum qualifies for the ballot, it would delay implementation of the law slated to take effect in the first school year after July 2016.

The law was enacted in response to a measles outbreak spread by unvaccinated children at Disneyland.  Vaccination rates have dropped sharply in recent years, causing alarm among public health officials.  The bill was backed by medical groups and public health officers.

Opponents have argued that the measure takes away parental freedoms to make medical choices for their children. Some have voiced concerns over rare complications of some vaccines.

The anti-vaccine referendum effort was led by ex-Assemblyman Tim Donnelly, who has said he believes signature efforts have been “sabotaged.” The Los Angeles Times reports.  The campaign’s Facebook page reported that organizers were “very sad to see how many people tore the front page off (petitions) before mailing them in. Those get sent right to the trash, because that invalidates them.”

A statewide survey by Public Policy Institute of California in May found overwhelming support for mandatory vaccinations, with 67% supporting requirements for vaccinations for children attending public schools.