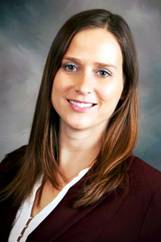 Executive director since 2010 at Tuleyome, a non-profit conservation program based in Woodland, Calif., Husby has overseen significant increases there in staff, budget, and influence, principally due to her leadership. Organizational assets and equity are $1.7 million, an increase of $1+ million since she joined Tuleyome. Grants went from 8 for $249K in 2011 to 13 for $1 million last year. Donations from individual donors in the same years went from $66K to $155K.

Husby was also a principal player in the seven-year campaign to protect permanently the Berryessa Snow Mountain area, a 100-mile (330,780 acres) stretch of the coast range in Northern California. She developed a strategic plan, managed a general campaign, and initiated local campaigns and strategies. She coordinated and worked closely with a coalition of local, state, and national stakeholders. These actions culminated in the July 2015 declaration by President Obama of Berryessa Snow Mountain as a National Monument.

A native of Chicago, Husby is a graduate of UC Davis, earning a degree in community and regional development with an emphasis in public policy and planning.

“Sara Husby shares the passion all of us at ABF have for the preservation of open space and protection of public lands,” said Ernie Cowan, president of ABF’s board of trustees. “We expect she will be a dynamic force in advancing our land conservation efforts, youth and adult education programs, and research partnerships.”

“ABF’s mission—to protect and preserve the natural landscapes, wildlife habitat, and cultural heritage of Anza-Borrego Desert State Park for the benefit of present and future generations—is a mission I admire and want to help champion,” said Husby. “I believe in the importance of public land protection not only through conservation, but also education, research, and the special relationships that can be developed with the people and communities who play a role on this magnificent landscape.”

Celebrating its 50th anniversary this desert season, Anza-Borrego Foundation (ABF) is the official nonprofit partner of Anza-Borrego Desert State Park. ABF provides financial support for park programs, acquires land for conservation in and around the Park, educates the public about the Park’s resources and supports research relevant to the region. The Foundation’s $1 million annual budget is supported by individual members and donors, foundations, and like-minded businesses.

To learn more, plan your visit, become a member or volunteer, visit www.theabf.org.