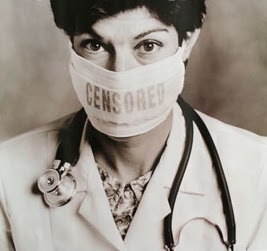 The decision to support the Trump administration's policy to withhold funding for even discussing options doesn't surprise me. My undergraduate degree was a joint major of Social Psychology and Political Science, including three courses in Constitutional Law. Since then I've read dozens of books and hundreds of articles. To my dismay i found that Federal Court decisions, especially the Supreme Court, have historically ignored the Constitution, especially the Bill of Rights, the vast majority of the time, deciding either in favor of corporations and/or government vs individual's and groups. Not wishing to fund a particular medical intervention is one thing; but muzzling speech is another.

As for common sense and basic human decency, when a fetus is severely deformed, resulting eventually in a stillbirth or severe birth defects that will lead to death in a short time or a life-time of pain, suffering, and/or severe disabilities OR to literally put the mother's health at risk, including risk of death, goes against common sense, compassion, any type of humanity. While I totally disagree with Trump's position on choice, he could at least allow doctors to advise women in the aforementioned cases. But, that wouldn't be Trump.

See also my Reader's Editorial: Abortion is a 1st Amendment Issue at: