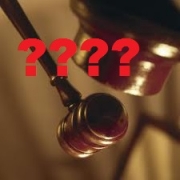 November 3, 2015 (Alpine) –California’s 4th district court of Appeal has handed down a ruling in favor of the Alpine Union School District and Alpine Taxpayers for Responsibility  against the Grossmont Union High School District– a ruling in apparent conflict with Superior Court Joel Pressman’s  most recent action.

The ruling comes just hours after Pressman announced a decision to throw out the lawsuit entirely (dismissing it with prejudice)  – reversing his earlier decision to set a December trial date and upholding his tentative ruling from last week.  In so doing, he contradicted his own earlier findings and instead, determined that Propositions H and U did not obligate the GUHSD to build a high school for Alpine.

But the appellate court found just the opposite.The appellate court found the district violated its promise to build the Alpine High School and affirmed Pressman’s earlier order for the GUHSD to set aside bond moneys sufficient to build the school, pending full adjudication of the claim’s merits at trial.--a trial that may never occur, based on Pressman's latest action.

The appellate court found that “We conclude the trial court properly found Grossmont promised to construct a new high school for the Alpine area.” The court noted that both Prop H and Prop U could be constructed as such, but that Prop U’s language was specific for “constructing a new school in Alpine/Blossom Valley” adding “Contrary to Grossmont’s argument, those propositions did not leave the decision as to which projects would be funded…solely to the discretion of Grossmont’s board. …Contrary to Grossmont’s argument, we do not believe that language gives its board unfettered discretion to ignore its promise to construct a new high school in the Alpine area.”

The appellate further suggested that a trial court could have “reasonably found incredible,  or at least greatly exaggerated, Grossmont’s argument that it would have to lay off staff members and terminate the services of hundreds of local contractors and other workers were the preliminary injunction issued.”

The ruilings come on the heels of the County Board of Education ruling in favor of Alpine parents’ request to break away from the GUHSD and unify with the Alpine Union School District so that it can expand from elementary and middle school to build the high school with funds secured from Grossmont through the suit.  Unification is pending a decision by the State Department of Education and ultimately, a vote by Alpine voters.

The appellate court concluded that the trial court did not abuse discretion by issuing the mandatory preliminary injunction until  a trial on the cases’ merits.

But Judge Pressman’s inexplicable decision to halt that trial  despite the appellate court's findings leaves the fate of Alpine students and district funding in limbo—an exercise in frustration and confusion for  those who have fought more than two decades to obtain a high school for Alpine’s teens.

The Grossmont district's attorney, Warrington Park told the San Diego Union-Tribune, "Grossmont can now go back to what it has always done and that is serve all those in the Grossmont community, including Alpine. I think what the judge wanted to do was see all the evidence that bore on the issue, and once he saw everything, he rightly concluded there was no obligation."

But Grossmont trustee Priscilla Schreiber, who has clashed with the board majority and has consistently supported the Alpine community, voiced bafflement and frustration, noting that "reeling from one shocking decision to a ray of hope, in a matter of a couple of days, is a bit much to take in. It seems from the quotes in the UT that the District and its attorney believe they have prevailed and that the issue is resolved? Did they not read the appellate court brief?" she asked in an e-mail sent to East County Magazine.

Schreiber believes the appellate court's ruling seems "pretty definitive with regard to the injunction. So to me, the appellate court not only upheld the trial judge's reasoning for imposing the injunction, in the first place, but argued strongly that the promise to build the school was an obligation under both Propositions, as well as, the actions the District took towards building the school were all part and parcel of a promise/expectation/obligation. It was an excellent brief and one I am hopeful will remind the judge of why he did the right thing to begin with," she added. "If I read the tentative/final ruling correctly, the judge reversed his stance and no longer believed the bases of his own argument for the injunction, making no sense."

As I understand this, the Fourth District Court of Appeals has issued an unusually detailed review of CA law. By my review, The Court of Appeals is affirming Superior Court Judge Joel Pressman's initial $42 M preliminary Injunction issued against the GUHSD. This injunction is intended to reserve funds entitled to the Alpine K-12 Unified School District, upon the State Board of Education (SBE) granting its unification approval.

The SBE has yet to review and reach its decision on unification. The San Diego County Board of Education (SDCBOE) has already unanimously (5-0 affirmative) voted, and affirmed that Alpine may leave the GUHSD and build its own high school. SDCBOE recommended to the SBE that unification for Alpine be granted. Alpine meets all nine of nine of the CA Education Code unification criteria required under CA law.

Note also on page 18 of 18 the Appeals Court decision says, "Grossmont [The GUHSD] does not cite any case showing, or otherwise persuade us [THE COURT OF APPEAL, FOURTH APPELLATE DISTRICT], that the trial court abused its discretion by issuing a mandatory preliminary injunction in the circumstances of this case to preserve the status quo until the trial on the merits."

Further the COURT OF APPEAL said, "The order [the $42 Million Injunction] is affirmed. Alpine is entitled to costs on appeal." This is saying that GUHSD must reimburse Alpine its legal costs. This is entitled. Imagine that. This Higher Court opinion favors Alpine from its first page, through to its last, in all eighteen pages.