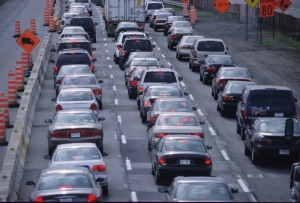 November 24, 2014 (San Diego)—California’s Fourth District Court of Appeal has confirmed that the San Diego Association of Governments (SANDAG) broke state law with a long-range transportation plan for our region that failed to take steps to reduce greenhouse gases which contribute to climate change.

Sierra Club California director Kathryn Phillips observes, “Other regional planning agencies throughout California have properly analyzed the environmental and public health impacts associated with their long-range transportation and land use plans; SANDAG didn’t even try to complete an accurate analysis.”

Kevin Bundy, senior attorney with the Center for Biological Diversity, says the ruling means county officials can’t “sweep the threat of climate disruption under the rug.”

Jana Clark with Cleveland National Forest Foundation states, “I hope that SANDAG has gotten the wake-up call it needs to finally change its old-school approach to transportation planning.”

The SANDAG plan called for expansion of freeways, reinforcing the region’s dependence on automobiles and encouraging sprawl. Environmentalists  by contrast want to see emphasis on improving public transportation  and other measures first to reduce greenhouse gas emissions and air pollution, encouraging growth in urban areas and helping to protect wilderness areas in East County.

The ruling on the regional transportation plan comes on the heels of another major decision by the same court last month. That ruling found the county’s climate change plan to be inadequate, in a suit filed by the Sierra Club.

As for today’s landmark ruling, whether SANDAG will agree to revise its plan, or file an appeal to the California Supreme Court, has not yet been announced.