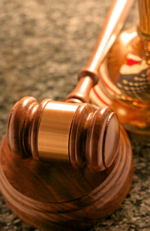 “Since this case was filed, MWD has used every procedural maneuver in the book to delay our efforts to look behind the curtain and get to the bottom of its discriminatory and illegal rates,” said Daniel Purcell, special counsel for the Water Authority with the law firm of Keker and Van Nest, San Francisco.  “This writ petition was just more of the same.  Fortunately the Court of Appeal didn’t buy MWD’s argument.  We’re happy that we will be able to move on and take discovery now.  We have reasonable questions that deserve truthful answers, and we’re confident that discovery will only reveal even more bad facts about how MWD and some of its member agencies have conspired to violate the law, discriminate against San Diego County ratepayers, and enrich themselves at the San Diego region’s expense.”

In June 2010, the Water Authority filed a lawsuit challenging MWD’s 2011 and 2012 wholesale water rates.  The Water Authority alleges that MWD improperly overcharges for the transportation of water and uses that money to subsidize the cost of MWD water.  This violates California’s Constitution, other state law and standard water utility practice.  Because the Water Authority pays MWD to transport the Water Authority’s independent water transfer supplies it obtains from the Imperial Valley, MWD’s transportation overcharges punish San Diego County ratepayers to the tune of an estimated at $40 million for 2012 alone.  By 2021, if left unchallenged, the overcharges could grow to more than $217 million annually.
To learn more about the lawsuit, visit: www.sdcwa.org/mwdrate-challenge.
To read the court’s order, go to http://appellatecases.courtinfo.ca.gov/search/case/disposition.cfm?dist=1&doc_id=2007295&q=168532&f=830638163