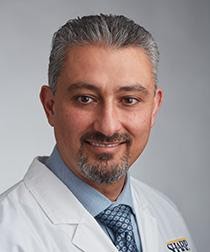 July 31, 2020 (San Diego’s East County) -- Race and ethnicity are becoming forefront conversations in our media, academic debates, and daily life discussions here in the United States. Each of us has an identity that defines how we see ourselves and others. Arab Americans are a historically understudied minority group in the U.S. and their health needs and risks have been poorly documented. As a physician and healthcare provider who belongs to this group, I see that Arab American identity is largely absent from national and academic conversations about race and ethnicity especially when it comes to health care disparities. The emergence of COVID-19 as a pandemic and public health crisis has exposed this reality and made it more visible and undeniable.

The lack of racial or ethnic identifier make collecting data on Arab Americans exceedingly difficult task for medical researchers as well as for public health personnel. Persons who classify themselves as Arab American are required to identify themselves as White, and in some cases, like in the case of the Census, are switched from Other to White based on their affiliation to the Middle East and North Africa.

While there is no paucity about stigmatizing representation and unfavorable visibility of Arabs and Arab Americans in the mainstream media there is not much documentation about their health and well-being in the official records. Most of the health care research about Arab Americans comes from studies of certain geographic enclaves in the U.S. with large representative population. Studying Arab American community in Dearborn, Michigan and to a lesser degree New York city and California provides most of the U.S. medical literature.  Meaningful information must be extrapolated and unpacked from general data of White Americans to draw findings and conclusions.

Arabs are disproportionately represented among recent immigrants to the U.S. due to successive wars and instability in the Middle East. This subset of immigrants has its own misfortunes when it comes to health care disparities, poverty, and level of education. Most of these immigrants came from war torn Iraq and Syria. More research on Arab American health is needed to identify risks and needs of this marginalized population given the current volatile social and political climate in the United States. Earlier immigration waves of Arab Americans came from relatively more stable and wealthy countries and this group tends to have higher level of education and socioeconomic security. First, second and third generation U.S. born Arab Americans have undergone through the process of assimilation in a way that might not reflect on the whole group in terms of health-related issues. The diversity in country of origin, geographic location, time of immigration to the U.S., and acculturation make the task of studying Arab American health extremely enormous.

While there is extremely little known about the impact of COVID-19 on Arab American population in media and recent medical publications, as a physician practicing in San Diego East county among many other Arab American colleagues, we are witnessing an alarming rise in number of COVID-19 cases in our county and particularly from the Arabic and Middle Eastern communities in the city of El-Cajon and neighboring towns. According to the latest San Diego county numbers of COVID-19 cases, El Cajon stands as the third city in absolute numbers and close fourth in terms of cases per 100,000 population in the whole county. Though there are no accurate statistics about the number of Arabs and other Middle Easterners, they are estimated to be at least be 50,000 out of 103,000 El Cajon residents.

As the COVID-19 pandemic continues to escalate, the direct and indirect impacts are tremendously costly to every single aspect of our daily lives. This pandemic has exposed racial disparities the likes of which we have never experienced before. Arab Americans are the most frequently forgotten ethnic minority when it comes to health care across the U.S. and more so during this pandemic. African Americans, Hispanics, Asians, Alaskan/Native Americans, and Native Hawaiians/Pacific Islanders are well documented ethnic minorities in the census and rightfully so.

Unpacking the White category to identify Arab Americans in a comparative analysis will identify how Arab American health and social relations are distinct from whites, Hispanics, blacks, and others. Arab Americans’ place in society has been always negatively impacted by developments in the Middle East that led to increased discrimination and exclusion and this should not be the case here when it comes to people’s health.

Here I am as a community member and proud San Diegan Arab American representing the National Arab American Medical Association in San Diego, pleading for San Diego County to add a new Race and Ethnicity identifier that recognizes Arab Americans. I am hopeful that this will be the first baby step in a long march for Arab Americans across the whole country.