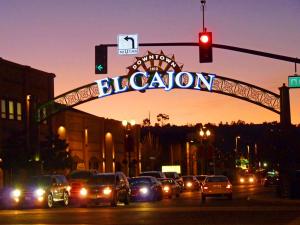 Currently, all El Cajon residents vote for all council candidates, with the top vote getters overall winning seats. Under Arabo’s proposal, the city would be divided into districts each electing its own representative-a move that could result in one or more districts with a majority of Iraqi Chaldeans or other minority populations.

In a press statement, Arabo voiced relief at Lewis’ resignation but added, “We will not stop here.”

He added, “It is important that we keep sight on the issues that have been presented this last week, which have become bigger than the Chaldean community and free school lunches. The accusations that were made by Lewis affected the Mexican American, Asian American, and African American communities with comments of drug sells, and racial slurs. This kind of behavior in a public servant should never be tolerated…"

The statement concludes, "The Neighborhood Market Association and community leaders are asking that the City Council of the City of El Cajon propose the implementation of district elections in the city in their next council meeting. This is the only effective way to prevent minorities from feeling underrepresented at City Hall.”

Councilman Gary Kendrick told ECM he believes district elections can be divisive and that he believes the real motivation to unseat council members is fueled by the alcohol industry and businesses that sell alcohol.

“I’ve been told that Mark Arabo said that if we passed the deemed-approved ordinance (restricting alcohol sales) he would get us out of office, sue us, and get district elections,” Kendrick recalled, adding that every El Cajon citizen who testified was in favor of the ordinance.

Kendrick likens the situation to a tobacco ordinance passed previously that the merchants’ group also opposed.  “It was a huge success; it reduced sale of tobacco to kids from 43% of stores to less than 1%.”

He said the new alcohol ordinance is the toughest law in California to protect children from alcohol.  “Everybody is watching us, “ he added.

As for the efforts to seek district elections, he said, “He [Arabo] is trying to cloud the issue and take away a protection that the people of El Cajon really want. This is all about big money from the alcohol industry.”

The U.S. and California Voting Rights Acts both require district elections in places with substantial minority populations and where discrimination against historical discrimination has occurred against certain minority groups specified in the acts. The laws’ goals are to give minorities a district they are a majority to help assure adequate representation.

Neither the federal or state act lists people of Chaldean or Middle Eastern heritage as a protected class, since the law has not been updated in decades. California’s law does, however, require formation of districts if a “language minority” has been discriminated against by officials and if that group a substantial population.

Whether discrimination has occurred to mandate formation of district elections in EL Cajon, instead of citywide elections, would have to be proven in a court of law, however for the California Voting Acts to apply--unless Council voluntarily chooses to adopt district elections as some other jurisdictions have done.