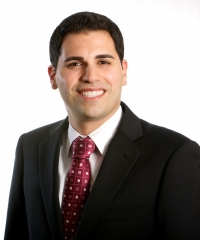 In San Diego, Mark Arabo, a national spokesman for the Iraqi-Christian community in the U.S., issued this statement. “After months of failed negotiations between the two sides, ISIS has made its “final” demands to the Christians."Our community is faced with the heartbreaking task of having to negotiate with these thugs, or face the death of our loved ones.”

Arabo adds, “Reports that we have received are that these 230 people are living in poor conditions, with minimal food, little shelter, and no ability to bathe. We can only hope that the sufficient funds are raised in a timely manner, and the lives of our brothers and sisters in Christ are preserved.”

The Jerusalem Post reports indications that ISIS is using some of the Christians as human shields in military conflicts.

ISIS forces have previously executed Christian prisoners in other areas, as well as destroying many churches and Christian holy sites in Syria and Iraq.

U.S. policy prohibits payment of ransoms to terrorist organizations by the American government or by families of those abducted, to prevent encouraging more kidnappings.  But last Sunday, ABC TV’s  “This Week” reports the Obama administration is considering changing that policy.

According to the report, “Under recommendations contained in an ongoing White House review of U.S. hostage policy, there will be absolutely zero chance ... of any family member of an American-held hostage overseas ever facing jail themselves, or even the threat of prosecution, for trying to free their loved ones.”

The policy is reportedly under review but it is not yet certain when, or if, those recommendations will be adopted.

That leaves families of hostages held by ISIS struggling for solutions to their loved ones’ anguishing plight.