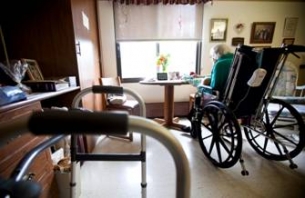 June 8, 2017 (San Francisco) – In what a patient advocacy group calls a ”devastating turn," the Center for Medicare & Medicaid Services (CMS) is proposing to not only terminate its short-lived ban on pre-dispute arbitration agreements in nursing homes but to endorse their use as a condition to receiving vital care and services.

In October 2016, CMS adopted a ban on pre-dispute arbitration agreements, citing “evidence that pre-dispute arbitration agreements were detrimental to the health and safety of . . . residents.” Before the ban could go into effect, the nursing home industry filed a lawsuit and successfully stopped the ban. Less than a year later, CMS has issued a proposed new rule that repeals the ban, repudiates resident protections, and expressly permits the use of binding arbitration as “a condition of admission” to a nursing home. In other words, “sign away your rights to sue us or else don’t get nursing home services.”

Pat McGinnis, Executive Director of California Advocates for Nursing Home Reform, stated “It’s clear that nursing homes are in the driver’s seat now at CMS. The current presidential administration is doing all it can to favor corporations over the welfare of elderly and infirm nursing home residents. Ending the much-needed ban on arbitration agreements is terrible enough but then permitting their use as a condition of admission? That is just cruel.”

If the new CMS rule is adopted, people who want nursing home services will be forced to sign away their right to seek justice for any neglect or abuse, no matter how terrible, McGinnis warns, adding, “Insulated from liability, nursing homes will give worse care and residents will suffer more harm.”