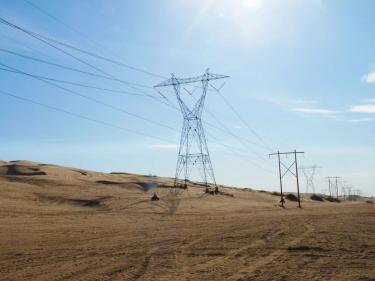 March 9, 2013 (San Diego’s East County) –Industrial-scale energy projects on Bureau of Land Management lands are pushed through by energy companies touting jobs and economic booms to communities. Not mentioned is the potential loss of tourism revenues if people stop coming to recreational areas that are visually blighted. That’s been a fear voiced by residents near McCain Valley and Ocotillo, both scenic public recreation areas where wind projects are slated or recently completed.

Now preliminary data from the Bureau of Land Management reveals a 12% drop in the number of visitors to the Imperial Sand Dunes Recreational Area over the past year. Sunrise Powerlink construction was completed in June 2012.  Is the loss of 72,275 visitors due to the  massive high voltage towers that dune buggies and other off-road enthusiasts now must dodge in the desert?

The data is revealed in the BLM’s El Centro Field Office under Highlights of the California Desert District Advisory Council Meeting, dated February 9, 2013 and reflects the last fiscal year.

Imperial San Dunes has high voltage towers and lines, but not wind turbines. The latter, some fear, could result in even greater negative impacts on tourism and recreation revenues and loss of public enjoyment on public lands. 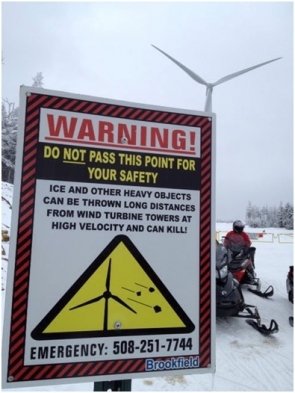 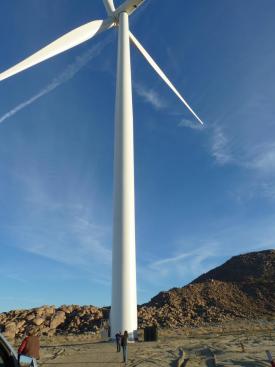 But with wind turbines towering approximately 500 feet tall, red lights flashing on and off all night, and whirling blades emitting infrasound and potentially stray voltage just hundreds of feet from camp sites, the loss of revenues could potentially be far greater.

There are also concerns by recreational users that McCain Valley could be closed during winter weather – or that if left open, lives of visitors could be endangered.  Both sides of the only access road will be lined with turbines, but in winter weather, turbine blades can hurl ice chunks off, posing serious risk of harm. At least one death has been documented from ice thrown off a turbine.

McCain Valley, near Boulevard Califorrnia, has long been a popular winter destination (see photos, below) as well as an attraction for outdoor enthusiasts year-round.

There are also safety concerns during fire season in a region prone to Santa Ana Winds and wildfires best described as infernos.  Wildfires in 2003 and 2007 wiped out thousands of homes; the latter caused half a million evacuations in San Diego County.  Last year, the Shockey Fire began on the site of a proposed wind farm here, burning 2500 acres and a dozen or more homes, also killing an elderly resident.  That was in low wind conditions.

Fire officials have warned that if a fire starts at a wind farm in this area during high winds, the volunteer firefighters in the region do not have the ability to put it out until it burns out of the wind farm and becomes a major wildfire.  The tall turbines act as lightning rods and each contains hundreds of gallons of flammable lubricating oil, raising fears that campers could be trapped in McCain Valley, which has only one long, bumpy road in and out. What could the cost be in lives --and potentially, litigation--if a fire caused by a wind project kills tourists on public lands?

Residents of nearby towns on historic Highways 80 and 94 have voiced concerns that tourism may dry up if Tule Wind, Shu'luuk Wind, Jewel Valley Wind and/or Manzanita Wind are built, all of which would lessen the visual and recreational appeal to visitors in an area known as the gateway todesignated wilderness areas and the Carrizo Gorge, which will no longer be accessible without driving beneath a gauntlet of whirling turbine blades. 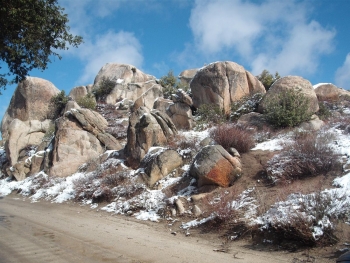 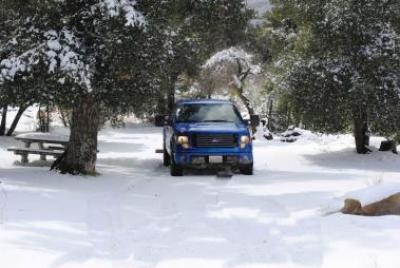 Is there any recreational appeal in an "Industrial Overlay Zone"?   Not for me!