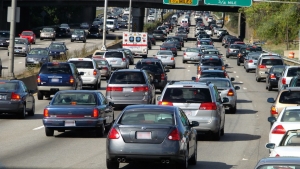 August 19, 2014 (San Diego)--Guardrails that are alleged to have crumpled and impaled drivers are installed in all 50 states—including highways right here in San Diego County, a 10 News special report has found.  Reporters from 10 News located at least 14 of the guardrails on local highways.

The news came to light after a competing company got into a patent dispute over a similar product.  When measurements were made, it turned out the guardrails were only four inches wide—not the five inches that had been approved by the Federal Highway Administration for use on the nation’s highway systems.

A whistleblower, Joshua Harmon, who works for a rival company, has filed a lawsuit seeking to have the products removed from the market.   He says the guardrails have impaled vehicles, severed legs and even cut people in half.  The guardrails, are made by Trinity Highway Products.

There is some evidence to back Harmon’s claim.  Back in 2012, a Florida man filed a lawsuit against Trinity alleging that a defective guardrail made by the company impaled him during a vehicle accident. Videos posted online by Harmon show more examples of the guardrails impaling vehicles.

However Trinity is fighting back. The company has filed a counter lawsuit against Harmon alleging defamation of character and wants a judge to order Harmon’s website taken down. Trinity refused to do an interview with 10 News on camera, but did provided detailed responses to written questions.

The company insists that its products are safe.  Harmon calls the company’s actions against him intimidation. Caltrans now says that it will be taking a look at the design change made by Trinity which reduced the size of its guardrails.

Trinity said there may be thousands of its ET-Plus guardrail systems installed in California, but that the exact number is not known, since local distributors and installers use the products including multiple companies in Southern California that install in the San Diego region.  A 10 News crew found the highest concentrations are on state route 78 and on Interstate 5.