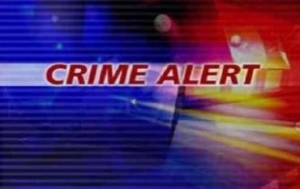 November 27, 2020 (Lakeside) – An assault suspect is behind bars after leading deputies on a short pursuit in Lakeside Tuesday, says Sergeant Dane Wiesner.

Deputies from the Lakeside substation responded to an assault call around 11:30 a.m. near the 11500 block of Bridle Path Lane. The reporting party told deputies the suspect fled the scene in his vehicle.

Deputies located the suspect and tried to conduct a traffic stop, but he sped off and a short pursuit ensued.

The suspect slowed down and almost came to a stop in the 10400 block of Paseo Park Drive, where deputies in their patrol cars and a nearby citizen in his car surrounded the suspect's car and caused him to stop.

Michael Forrester, 58, was arrested without any further incident.

A search of Forrester's property revealed dangerous weapons and a loaded pistol.

Forrester was booked into San Diego Central Jail on charges of reckless evading, felony possession of a firearm and other unrelated firearm and weapons charges.