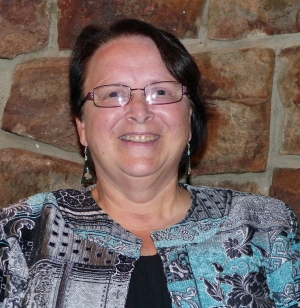 "I believe we need more independents in Congress because  parties are so mired in their fighting…they’re not representing the country. I value our community, and I want to serve the country.”  -- Helen Horvath, mliitary veteran, federal consultant and Alpine resident

September 29, 2019 (San Diego) – Like many voters, Helen Horvath is an independent whose views on key issues cross political aisles. She’s a fiscal conservative who wants to use her expertise to cut the national debt, but also believes we need to move toward a clean energy future and protect women’s rights, while taking a moderate stance on gun issues. She supports strong border security while also showing compassion for refugees fleeing violence, and pledges to be a strong voice for military families and veterans.

Hear our interview: In an interview originally aired on KNSJ 89.1 FM radio last month, Horvath shared her thoughts in depth. Listen to the full interview by clicking the audio link,  and scroll down for highlights.

Biographical information: An Army veteran and Alpine resident, Horvath  has worked for 20 years as a federal employee including experience with the Army, Navy, Social Security and Dept. of Agriculture with a background in healthcare, IT and management. She also owns a consulting business, has worked as a college professor, and as a marriage and family therapist. She has overcome adversity as a high school dropout who went on to earn a PhD.  Locally, she’s served on the San Diego Military and Veterans Advisory Council.

Why is she running?  She says she wants to serve in Congress to change laws and regulations in order to improve the quality of lives.

While working on a project for the Navy, Horvath says, “I knew that my project would save $55-110 million for the Department of Defense in one year,” yet bureaucracy has prevented approval thus far.  With expertise in examining government contracts to improve efficiencies and save money, she decided to run for Congress.

Why is she running as an independent? Horvath says she was raised with both Republican and Democratic values, and has friends in Congress in both parties. “It’s important that we are able to work together across the aisles,” she says. “An independent would give us that.”

Top priority? Reduce the $22 trillion national debt. She likens it to paying interest only after maxing out credit cards and notes that 27% of U.S. debt is foreign-owned.  She wants to look at government programs to improve efficiencies, an area in which she has expertise.

Most important qualifications? “I know what it’s like to struggle and learn to be something different,” she says, citing both her life experience, education and expertise as an organizational developmental practitioner who advises organizations on how to improve efficiencies and save money. She cites an example where she say she saved an organization $4 million by redoing its human resources department.

15-year resident of the district:  Unlike DeMaio and Issa, who don’t live in the 50th Congressional district, Horvath says she moved here in August 2003.  “I experienced the Cedar fire,” she recalls, but stayed even after the firestorm because “I fell in love with Alpine.”

Environment and climate change:  She’s called for reducing U.S. dependence on fossil fuels and working toward a renewable energy future with cleaner air.  She notes that fires burning in the Amazon and the wildfire that devastated Paradise, California have destroyed trees needed for health of our planet and clean air.

“We have large corporations influencing the federal government such as oil companies and coal companies,” she notes of the Trump administration opening up offshore drilling in California as well as arctic drilling and coal mining.  “I grew up in Pennsylvania and remember driving through Pittsburgh as a child and it was pitch black.”  She supports investment in clean energy such as solar, wind, geothermal and technologies of the future such as solar roadways to charge cars as they drive.  She also voices concern about protecting the water table in East County and preserving water quality.

Saving San Diego County money:  , She says she’s met with local officials on ideas to cut county spending and boost federal funding on homelessness, unemployment and Alzheimer’s care. She says some programs are already budgeted for, such as programs to bring more women and veterans into the federal healthcare system under Title 38.

Social Security:  “Over my lifetime they’ve been robbing the Social Security trust fund as IOUs and we need to stop that,” she says.  She says the federal government needs to stop spending money it doesn’t have on other programs, but needs to fully fund Social Security and not cut benefits.

Gun violence:  “I believe people have a right to bear arms,” she says, but adds, “if elected to Congress I will work with Senator Gillibrand and others to change the laws on background checks.”  She voices concerns about a lack of background checks such as at gun shows or to screen out those with mental illness.  She’s critical of DeMaio’s proposal for a national concealed carry policy, adding, “We have other solutions that are more effective and efficient [to protect against gun violence] such as the background checks.” She once sold off her family’s guns to prevent her children from having access.

Veterans and military families: San Diego is home to over 250,000 veterans and military families. Horvath has voiced special concerns about women veterans, who are more apt to committee suicide, wind up homeless, or have mental health issues due to sexual trauma in the military, yet are less apt to use Veterans Administration healthcare services. She’s part of an organization working to help military women victimized by sexual assault and wants to change VA policies to better  need women’s needs. She also wants to address the needs of all veterans living in remote areas without close access to urgent care facilities or pharmacies.

Healthcare:  Rep. Hunter has said healthcare is a right, not a privilege. Campa-Najjar has called for allowing people to pay into a Medicare for all system, starting with those over age 55, then 45, and eventually everyone. But Horvath says that plan would increase the national debt substantially.  She says she supports “affordability based on income.” She would examine costs of services, as a former benefits advisor in Tricare, to reduce medical costs to consumers. She also voiced concerns over high costs of prescription drugs. 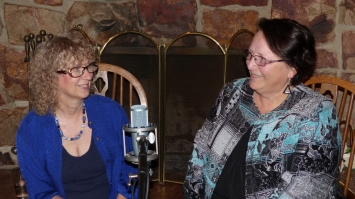 Women’s health:  The Trump administration has cut all funding to Planned Parenthood including for birth control and has been working to outlaw abortion at the national level – and is now just one vote away on the Supreme Court from legalization Roe V. Wade.

She says she used Planned Parenthood for non-abortion services in her younger days and opposes the funding cuts. “They are so much more than abortion,” she says. “I don’t like abortion. I value life. But I’m not going to tell another woman what to do.  When I was growing up before Roe. V. Wade (which legalized abortion), women were conducting abortions via hangers. There were deaths.” She opposes laws that force children, rape and incest victims to give birth.  “A 12 year old should not be having a child,” she says, adding that for some rape and incest victims, giving birth or raising the child can be traumatizing, also perpetuating a cycle of poverty in low-income women.

Horvath says she has worked as an advocate for victims of military sexual trauma and as a therapist in the domestic violence field. “I’ve seen it, pretty much all, and we need laws and regulations to protect women.”  That includes preventing such assaults in the military as well as protecting women globally against genital mutilation. “They escape as immigrants coming here seeking safety,” says Horvath, who believes women terrorized abroad over this form of violence should be granted safe havens here.

Border security and immigration:  “I believe just like in Europe and other countries we need physical barriers,” she says of the wall, adding that she also supports supporting improving work standards for Customs and Border Security staff and using more technology to guard the border such as drones. She believes immigration laws should be enforced but wants opportunities for immigrants who served in the military to stay here.  A daughter of immigrants from Austria, she admits to being “torn” on the fate of Dreamers and migrant workers, but wants to work toward fair solutions.

As for treatment of families seeking asylum, Horvath says she’s worked as a therapist at an immigration facility in San Diego where the care was appropriate, but acknowledges that in some other states, there have been problems in how asylum seeking families were treated at the facilities.  She wants to examine contracts and end them for private companies violating federal standards, such as denying showers or adequate food to detainees. “I’m all about families,” she says. “It doesn’t matter where you are from.”

Foreign policy:  Asked to name her top foreign policy priority, she cites the Middle East. But she adds, “We’ve been at war for 220 years” of our nation’s history.  “We have an economy of war. So how do we change that?”  While some foreign aid is needed such as protecting Israel, she says, America is paying the bulk of foreign aid to  many countries despite involvement of allies.

“It goes back to our national debt,” she says. “I’m not preaching isolationism. I’m saying we need to look at home first and see what we need.” She again voices concern over countries such as China holding most of our debt while we argue over tariffs.

She wants to serve on the House Armed Services Committee if elected “to help guide the federal government’s efforts in wars and Department of Defense Contracting,” she says, adding that her expertise in federal acquisition records and analyzing contracts will enable her to find where agencies are overspending.

On why the 50th needs change:  Horvath says she respects Rep. Hunter’s military service and also respects his wife, Margaret Hunter, for “stepping up and telling the truth” to prosecutors in Hunter’s federal corruption trial slated to begin in January.

She says voters in the 50th district are “tired of all the backbiting and fighting between parties,” adding that Rep. Hunter “hasn’t done his job as a Congressional representative” to help people in his district.

She also criticizes DeMaio for wanting to “return to basic war fighting only” while increasing the national debt, which Horvath says would require cancelling programs for military families, veterans and active duty members.  As for Campa-Najjar, Horvath says his plan to put companies like Space-X on Native American reservations would mean reduced tax revenues for the state of California.

Her support:  Horvath is reaching out to the veterans community, women, supporters in the National Football League (NFL) where she’s worked on head trauma issues in athletes, and individual donors, also hiring a marketing expert and using social media to get her message out.

“When we have a shutdown, it actually costs the government more, because work is not being done,” she says.  “I believe we need more independents in Congress because  parties are so mired in their fighting…They’re not representing the country.”  She criticizes both sides for attacking each other instead of solving problems. “I’m  tired of it,” she concludes.  “An independent is able to walk both sides of the aisle and work through the problems.”  She touts her experience assessing behaviors in organizations to gain followers.  “I want people to follow me for the right reason—that I can do the job,” she says. “I value our community, and I want to serve the people.”

Her campaign is now working to collect 2,500 signatures to quality for the ballot without hefty fees.

You can learn more about her candidacy at horvathcampaign.com , or at Horvath for Congress on Facebook or #ForHelen on Twitter.