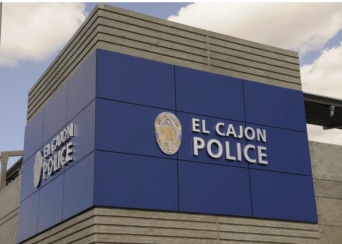 Montantes, 41, of San Diego was believed to be homeless when he was shot and killed at the intersection of East Main and First streets in El Cajon. Witnesses told police that the victim had appeared agitated and confrontational with people in the area before a four-door sedan approached and an occupant of the vehicle shot the victim.

El Cajon Police homicide detectives worked the case for the past 18 months.

“During the investigation it was determined the shooting was gang related,” says Lt. K. MacArthur.  “Detectives conducted numerous interviews, reviewed hours of surveillance video, and executed several search warrants to develop the case.”

On September 8, 2021, ECPD detectives arrested Prieto arrested in Riverside. He was booked into jail in San Diego.

“ECPD learned the victim and the suspect were in an argument but went their separate ways. A short time later the suspect got in his car and drove up to the victim who was on foot. The suspect then fired multiple gunshots at the victim using a handgun, the victim was struck multiple times,” Lt. MacArthur says.  The Lieutenant told ECM that the suspect is a gang member.