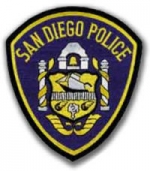 June 9, 2011 (San Diego) --San Diego Police Department Homicide Unit detectives have arrested a suspect in Monday’s murder of Jonathan Gonzalez on a Skyline street. On June 6, 2011, at approximately 2:00 p.m., Gonzalez was standing in the 600 block of Chester Street when a four-door, burgundy-colored Cadillac with chrome rims stopped near him.  Gonzalez and the vehicle’s occupants briefly spoke to each other.  The passenger pulled out a gun and shot Gonzalez before the suspects fled.

With the assistance of the California Department of Justice and the San Diego Police Department’s Robbery and Street Gang units, detectives arrested Bonaparte last night at a motel in the 5400 block of El Cajon Boulevard.  Bonaparte was booked into County Jail for one count of murder.

The vehicle used in the murder has also been recovered.  Detectives continue to work on the identity of Bonaparte’s companion.