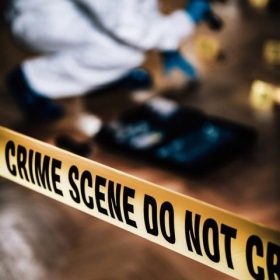 January 28, 2022 (Spring Valley) – Shortly before midnight last night, Sheriff’s deputies responded to a report of a woman calling for help at an apartment complex in the 1600 block of Canyon Drive.  They found the victim unresponsive in the parking lot with traumatic injuries.

“Deputies and firefighters conducted lifesaving measures on the woman, but unfortunately she succumbed to her injuries and was pronounced deceased at the scene,” says Lieutenant Joel Stranger with the Sheriff’s Major Crimes Family Protection Unit.

Sheriff’s homicide investigators identified Kandynn Taylor Wilson, 29, as the suspect. He was arrested a few blocks from the scene and booked into San Diego Central Jail. He has been charged with murder.

The Sheriff's Homicide Unit responded and assumed the investigation.  Through their investigation, they were able to identify the suspect as 29-year-old Kandynn Taylor Wilson.  Wilson was located and arrested a few blocks from the scene.  He was booked into the San Diego Central Jail for one count of 187(a) PC – Murder.

The identity of the woman is being withheld pending notification of family.