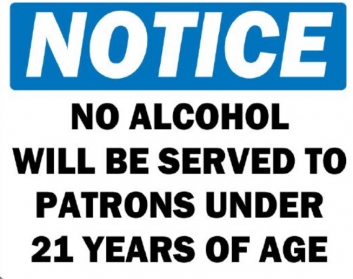 August 25, 2019 (Santee) – Minor decoys tried to buy liquor at eight stores in Santee and also asked adults outside four locations to purchase alcohol for them on August 23rd.

None of the retailers sold alcohol to the decoy. Of 19 adults asked to buy alcohol for the teen, only one did so.  The adult was arrested for furnishing alcohol to a minor, a misdemeanor offense.

ABC related operations such as Minor Decoy and Shoulder Tap help reduce alcohol abuse and youth access to alcohol.  Operations like these will continue through June 2020. Anyone with information on licensed liquor establishments providing alcohol to minors can remain anonymous by calling Crime Stoppers at (888) 580-8477, or by calling the Sheriff's Department’s non-emergency line at (858) 565-5200.