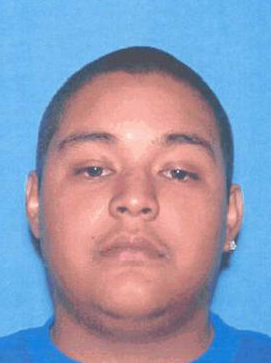 July 26, 2016 (La Mesa) — More than three years after 22-year-old Xusha Brown Jr. was murdered in a drive-by shooting on Interstate 8 in La Mesa, three men have been charged with murder, conspiracy and gang-related charges.

La Mesa Police Chief Walt Vasquez said in a press conference yesterday that the suspects are believed to have targeted the driver of the Nissan Maxima in which Brown was a passenger. "Mr. Brown, who was not a gang member, was an unintended victim of the gang feud," Chief Vasquez said.

The Sycuan Band of the Kumeyaay Nation had offered a $100,000 reward for information leading to the arrest of those who killed Brown, a tribal member.  Brown was shot in the head in the early morning hours on May 5, 2013. The arrests come just weeks after freeway signs announcing the reward were posted in La Mesa. Police have not disclosed whether the reward led to a tip resulting in the arrests.

Two of the suspects were already behind bars. Frank is serving a 20-year prison turn for killing a rival gang member in El Cajon. Eason is in jail on suspicion of pandering and human trafficking involving a minor.  Haddock was arrested in Nevada and is being extradited to San Diego.