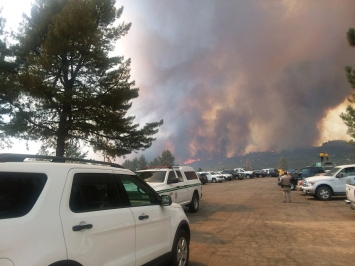 July 26, 2018 (San Bernadino) – Brandon McGlover of Temecula has been arrested and charged with intentionally setting multiple fires in Riverside County including the raging #CranstonFire, Cal Fire reports. The wildland forest fire burning in San Bernadino National Forest has scorched over7,500 acres and is 5% contained, according to Cal Fire’s incident page.

Thousands have been forced to flee, with over 2,000 homes threatened and mandatory evacuations ordered for the entire towns of Idyllwild, Pine Cove, Fern Valley, Apple Canyon Garner Valley and other communities. 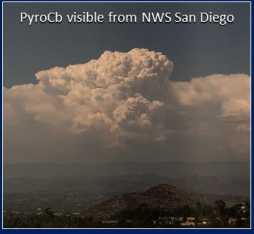 on Fire, which has destroyed at least five homes, KTLA reports. 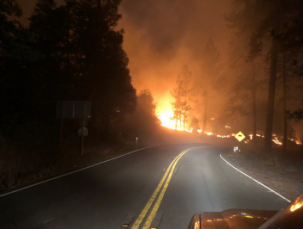 The fast-moving wildfire produced some tense moments on roadways in the San Jacinto Mountains. KTLA reporter Elizabeth Espinosa tweeted late this afternoon, “Start praying friends…my newsvan & I have to shelter in place…we are caught between two major hotspots on the road.” (Photo, right, from Caltrans).

McGlover, the accused arsonist (booking photo, right) grew up in Oceanside, NBC 7 reports.  He may face additional charges as the investigation continues. 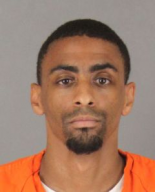 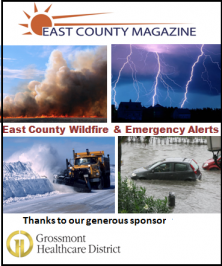 Sign up to receive free East County Wildfire & Emergency Alerts via email at the top right side of our homepage and you can also receive a free weekly copy of our e-newsletter. You can also follow EastCountyAlert on Twitter for brief alerts on your cell phone or other mobile device. We recommend all of the above, since you don't know which form of communications will work best in a major regional emergency.

What drives a person to do such a thing?