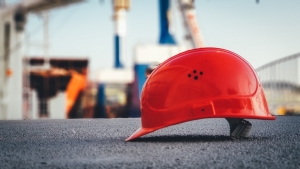 December 22, 2020 (San Diego) -- We often think asbestos exposure to be a thing of the past; after all the dangerous mineral is not manufactured anymore in the United States and EPA regulations reduced its use to just 400 metric tons per year. This might seem like much, but is just a drop in a bucket when we consider the size of the US.

You would be surprised to find that the rate of mesothelioma diagnoses – a deadly form of lung cancer associated almost exclusively with asbestos – is as high as ever at over 2,700 new cases per year, much above what the CDC predicted back in 1999 for the last decade.

Reasons are manifold, including illegal use of the mineral, delays of disease onset, and a dreaded third wave of asbestos exposure, consisting of workers having to dismantle or renovate old structures where the mineral was amply used in the past.

Among these, abetment workers, tasked specifically with removing dangerous material from old buildings are at the forefront. Well trained in handling the mineral, abetment workers have been deemed no more at risk of developing asbestos-related conditions than the general populations -- although we would urge some reservations regarding these conclusions, considering the high latency period of these diseases.

However, the reach of asbestos extends far beyond those who come into contact or have to manipulate the mineral as part of their jobs.

In June 2019, a group of 550 employees filed a class action lawsuit against the city of San Diego after the air in their office building tested to dangerously high concentrations of asbestos. The building at 1010 Second Ave begun major renovations in July 2017, but it was vacated only in January, after the County Air Pollution Control District conducted its tests.

Stephanie Teel who was working in the building at the times, commented for 10 news: “I don’t know in 20 years if I’m going to get sick or not […] they said was nothing […] in 20 years when I’m still fairly young, my family burying me?”

The aggressive mesothelioma usually hits between 10 and 40 years after first exposure -- with only slightly lower time spans involved for a less severe illness called asbestosis. Most people who are currently filing claims against their former employers have unwittingly gotten into contact with the dangerous material sometimes before the 1990s, when awareness was lower and regulations laxer.

This is the case with the 3,423 Bethlehem Steel workers who filed against the company as recently as 2018. Some already in their 80s, while others still in their 40s, they trace their health problems back to the time spent in the Bethlehem Steel plant near Buffalo, NY. Until fairly recently, steel plants were chock-filled with asbestos. Due to its heat-resistant properties, the material was used wherever fire-proofing was needed; that is to say, nearly everywhere.

The US industrial hallmark Bethlehem may not be around any longer, but back when it was still in business, it operated steel mills throughout California: in Wilmington, Alameda, Long Beach, and Los Angeles, as well as shipyards in San Pedro and San Francisco.

Shipyard and Dock Workers at Risk of Asbestos Exposure

Ship builders were some of the first to fall in love with asbestos. The material contained heat from a naval vessel’s power plant, its piping and electrical installation, was waterproof and insulated against electricity. It also helped keep on-board noise levels at a minimum when added to the paint covering crew courters. The substance was largely phased out after 1971, but shipyard and dock workers could come into contact decades after during re-hauling and abetment activities on older ships.

The largest shipyard currently activating in San Diego belongs to NASSCO (National Steel and Shipbuilding Company), which is a subsidiary of General Dynamics. It first opened in 1959.

One of oldest is the Campbell Machine Shipyard, dating as far back as 1906. It ceased activity in the mid 90s, but asbestos was heavily employed throughout much of its history.

Consolidated Aircraft in San Diego achieved legendary status among aviation enthusiasts with its PBY-5 Catalina naval surveillance and submarine warfare flying boat. Producing one of the “war-winning aircraft” didn’t prevent its purchased by Vought after 1945, however. Under this name, they will be responsible for quite a few successful short-courier airliner designs; before Boeing and Airbus overwhelmed the market by the late 1980s.

As a military contractor, Vought will be primarily associated with the LTV A-7 Corsairs II, used by the USAF, USMC and USN during the Cold War era.

Currently, the former Consolidated/Vought plant in San Diego is owned by General Dynamics and produces Gulfstream business aircraft. Although asbestos is still in use on modern aircraft for select parts, the amounts that present-day aerospace workers are expected to come into contact with pale in comparison to what was common only 30 years ago.

The complicated break assemblies and clutches on airliners and naval military aircraft contained a lot of asbestos, which could have been easily released when taking these parts out of their housing during regular maintenance, as well as factory overhaul procedures. Asbestos insulation and sealants were also heavily used around the more heat-sensitive parts of the main body of an aircraft, like the engines, electrics and hydraulic service lines.

Needless to say, these were just the hotspots in the San Diego area that used to provide you with a good chance at asbestos contamination. If you used to work there some years ago and are just now coming off with a bad, unexplained cough, maybe there’s some reason for alarm. On the context of the pandemic these diseases can easily be misdiagnosed, therefore we urge you to seek medical advice as soon as possible.

Traven Pyles is Administrative Director of the Environmental Litigation Group, an Alabama-based law firm which specializing in pursuing compensation for people negatively affected by environmental exposure.

There was an off road vehicle area in California that had naturally occuring asbestos in the soil. Imagine the clouds of toxic dust kicked up by dirt bikes and dune buggies.

The area was permanently closed.